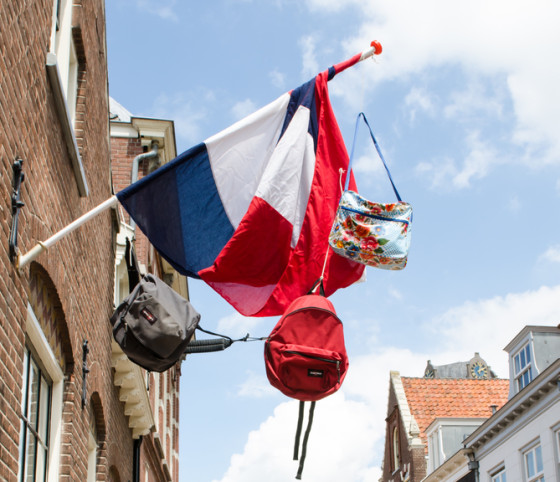 A schoolbag on a flagpole means someone has passed. Photo: Depositphotos.com

Secondary school pupils are becoming less interested in traditional subjects such as French, German and art, but history, geography, maths and economics are increasingly popular, according to educational support group Qompas.

The claim is based on an eight-year online survey covering 170,000 15-year-olds who are about to choose which subjects to specialise in for their school leaving exams.

Across the board, pupils are less interested in school, with the sharpest drop recorded among boys in pre-college streams (havo). Girls in pre-university streams (vwo) are most likely to retain an interest in school work, Qompas said.

The survey also shows that the average marks scored by 17 and 18-year-olds in their  school leaving exams has gone down in the years covered by the survey.

Qompas did not attempt to explain the drop in interest and standards. However this May, school inspectors warned that ‘sharp choices need to be made’ to maintain the current high standards in the Dutch education system.

The cracks which have been beginning to appear now threaten to get deeper and the future of the system is under threat, the inspectors said in their annual report.

These cracks are apparent in falling results, inequality of opportunity and increasing socio-economic segregation, and this situation is being made worse, the inspectors say, by the shortage of teachers in some sectors.