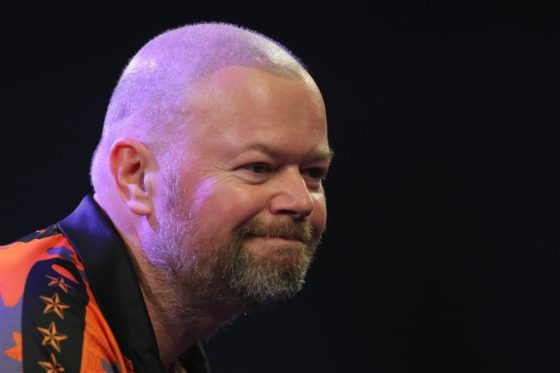 Van Barneveld during his final game. Photo by Ian Stephen/ProSports/REX

Raymond van Barneveld, the man who put Dutch darts on the international map, has been knocked out of what he said was his last world championships in the first round.

‘I could not handle the pressure. Maybe I wanted it too bad,’ Van Barneveld said after losing to Darin Young on Saturday.

Van Barneveld, five-times world champion, first announced his retirement in March after being beaten 7-1 by Michael van Gerwen in a Premier League game, but later backtracked, saying he wanted to play one more world championship.

Van Barneveld, a former postman, last took a major title in 2014 when he won the Premier League but has steadily slipped down the rankings since then.

I couldn’t handle the pressure of my final tournament. Maybe I wanted it too bad. Thanks @OfficialPDC @SkySportsDarts @rtl7darts @WilliamHill for all the honours and nice words. My fans inspired me to do great things but I let them down. My love for you will never end. pic.twitter.com/PkZSSZlmlc

Nevertheless, his career blazed a trail for a generation of Dutch darts players, including Roland Scholten, Vincent van der Voort and Michael van Gerwen, the current world number one.

‘The problem is that I’m not a young man anymore,’ the 52-year-old told Sky Sports ahead of the tournament.

‘I’ve played 35 years of darts and these are the moments why I want to give up. It’s too much preparation for me, it’s too much stress, and as a diabetic this body is giving up. I also suffer with my eyes. I don’t have clear vision at times, freezing cold hands, you don’t need this as a professional darts player.’

‘I’m ready to enjoy life which is something that I’ve never done in 25 years of playing darts,’ he said.