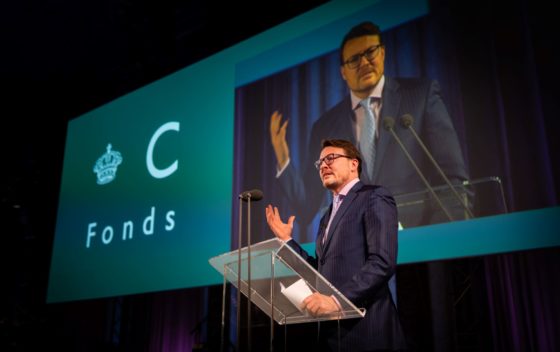 Prince Constantijn made an impassioned speech for women’s rights in the Netherlands and across the world at an awards event on Wednesday night.

The prince, who is chair of the board of the Prince Claus Fund, presented seven awards for cultural achievement to an all-female list for the first time.

He praised the jury for daring to pick the best candidates, ignoring ‘implicit and explicit biases’ that might have led them to choose men instead.

‘The seven laureates were not selected because they are women,’ he said, at the ceremony at the Royal Palace in Amsterdam. ‘They were the best in their categories. The only topical aspect of this year’s awards is that the Awards Committee actually selected them, as many women of equal or even better qualifications than their male counterparts do not get selected due to all kinds of implicit and explicit biases. I am grateful that the Awards Committee dared to stick out its neck’

Constantijn noted that – although he had always thought himself a humanist rather than a feminist – he believes everyone has a duty to act for greater equality ‘Once one is aware of the biases, there is no way back, at least if you are a decent person, institution, company or government,’ he said. ‘Once you know, there is no excuse not to act and speak up. Not acting amounts to wilful neglect.’

He commended the Dutch parliament’s decision to vote for a 30% quota for women on supervisory boards earlier this week, and pointed out that far more monuments and streets would be named after remarkable women like the ancient poet Sappho or 16th century painter Catharina van Hemessen, if history had not ‘lost’ them.

‘This year’s awards are a testimony to the next emancipation wave, where employers, policy makers, curators, investors, art directors, and also husbands, are discovering the persistence of gender inequality,’ he said. ‘Actually today, the parliament voted for a 30% quota for women on boards, acknowledging that. Notwithstanding 100 years of universal suffrage…fundamental freedoms, [and] the fact that at many universities more women graduate then men and often with higher grades, many implicit and explicit biases remain.’

The fund, created in tribute to the late Prince Claus, promotes ‘cultural expression’ in Latin America, Africa, Asia, the Carribean and Eastern Europe, and each year highlights ‘visionaries’ in a set of awards. 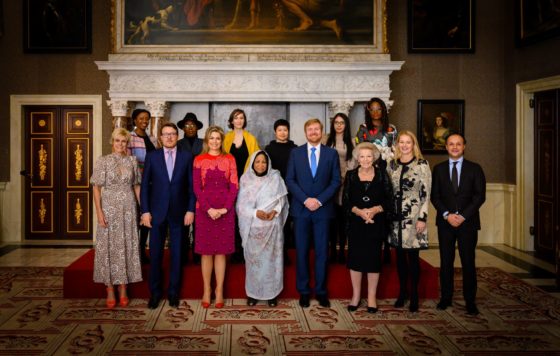