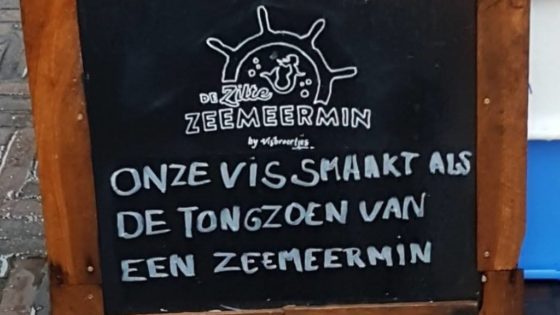 ‘Our fish tastes like a French kiss from a mermaid,’ was the runaway winner in this year’s competition to find the worst advertising slogan of the year.

The slogan, used by fishmongers De Zilte Zeemermin in Arnhem, took 24% of the vote in the annual poll organised by language experts and writers Christine Liebrecht and Tefke van Dijk.

The winners admit they did not come up with the slogan themselves. Brothers Wiebe and Luuk de Haan say it was used years ago by the fishmongers where they would buy a herring with their father in Friesland.

In the eight years since the competition has been organised, more than 2,000 slogans have been sent to the website.