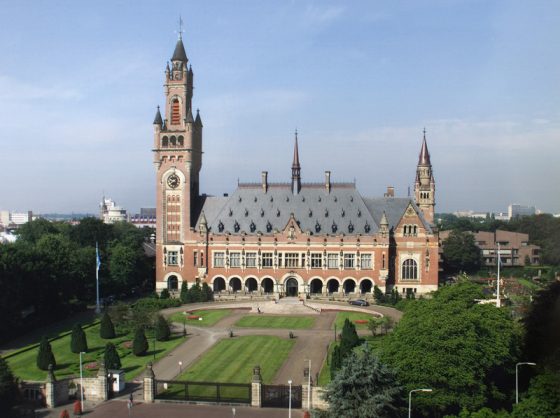 The Netherlands has pledged to fully support The Gambia in the genocide case it has brought against Mynamar which opens at the UN’s International Court of Justice in The Hague on Tuesday.

The Myanmar military is said to have committed ‘widespread and systematic clearance operations’ against the country’s Muslim minority, the Rohingya, since October 2017. Some 700,000 people have been displaced and thousands killed since the campaign began, which Myanmar claims is tackling an extremist threat.

In Tuesday’s opening session, The Gambia will outline its case against Myanmar, which it is bringing with the support of the Organisation of Islamic Cooperation (OIC) and a team of international lawyers.

The country’s de facto leader and Nobel Peace Prize winner Aung San Suu Kyi arrived in the Netherlands on Sunday and is in court to hear the allegations during Tuesday’s opening session. It is expected that she will speak on behalf of her country during Myanmar’s opening statements on Wednesday.

The Netherlands too is now supporting the case, Blok told MPs in a briefing to MPs on Monday evening.

The Netherlands, he said, backs a two-pronged approach to Myanmar. On the one hand, the Netherlands takes a constructive line on the country’s democratic transition and economic development, he said. On the other, the focus is on human rights and accountability.

‘Support for The Gambia, together with Canada, is part of this second route,’ he said.

The international press has turned out in force for Tuesday’s hearings. “It’s been extremely busy this morning,” said one official from the court. Press arrived at 7 in the morning to ensure a seat and security lines took upwards of two hours.

The case will continue on Wednesday and Thursday, with Suu Kyi expected to speak during Myanmar’s opening and closing statements.