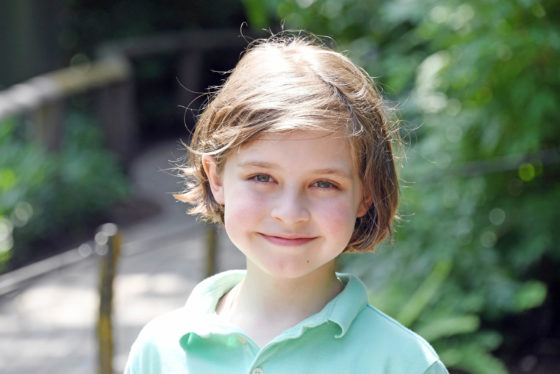 Laurent at the age of eight. Photo: Uli Deck/dpa Photo via Newscom / HH

The child prodigy poised just three weeks ago to be ‘the world’s youngest university graduate’ has stopped his bachelor degree course at Eindhoven’s University of Technology.

Belgian nine-year-old Laurent Simons finished high school in a year and then moved to the Netherlands to take up his three year degree course, which he was set to complete in nine months. News of his prowess was covered in the media across the globe last month.

But now the boy has ‘dropped out’ after a dispute between the university and his parents, and has even described the university as ‘liars’ and ‘pathetic’, after officials decided he could not graduate before his 10th birthday on December 26.

LIAR LIAR PANTS ON FIRE🤣🤣🤣!!! My studyplan would finish in December, I was on schedule. The University told also the press I will finish end of this year. See also e-mail from Bachelor director to exam committee. Now suddenly after my protest and my planned departure they re telling that it will happen in medio 2020!! Is the TUEindhoven trying to fool the world?! Just Pathetic!! Friday evening the Board Chairman called us that they are sorry and that I can continue my study undisturbed to finish in December…I think they are lying so much, they can not distinguish anymore wath is the truth and what is not….even if I would have been delayed: 1 week, 2 weeks, 1 month,…but 7 months??? Come on 😂…seriously…#laurentsimons #justice #thetruth

The reasons for the dispute are hard to pin down. According to the boy’s parents in the Parool, the university says he failed an oral exam which ‘he hasn’t even taken’. There is also a dispute about a draft paper with a missing literature list.

His parents claim university staff accused them of putting too much pressure on the boy, and, his mother Lydia told the AD, there were hints that they might involve social services.

Publicly the university says simply that the boy still has several exams to take. ‘We believe that a faster time frame cannot be achieved and will be detrimental to Laurent’s academic development,’ a spokesman told the Parool.

The university, a spokesman told the AD, has put an enormous amount of effort into facilitating Laurent’s fast-track degree course and describes the boy as ‘a very nice’ student who is ‘eager to learn’.  ‘The door is always open for him to come back, under realistic terms,’ the spokesman said.

At the time he hit the international headlines in November, the Washington Post reported that ‘offers are flooding in from universities around the world’.

‘Laurent’s parents are helping him weigh the options, with the US West Coast a favourite destination at the moment,’ the paper said.

The boy’s parents told the AD that there are enough universities which want to work with him. ‘If you are a child playing football for Anderlecht and you get an offer from Barcelona then you would go,’ they are quoted as saying. ‘We’ve put Eindhoven behind us. Laurent will be fine.’