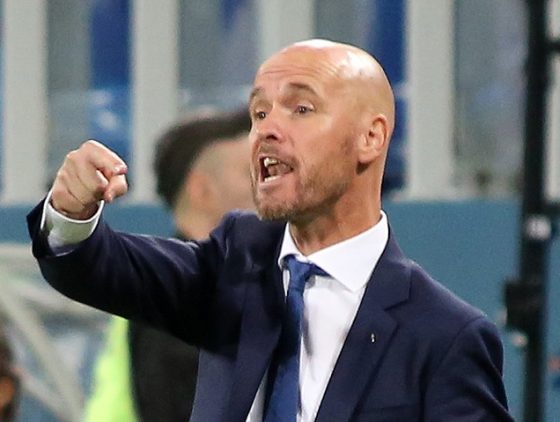 Ajax have been handed a tough draw in the Europa League against Spanish side Getafe, currently fourth in La Liga.

Erik ten Hag’s side were one of the seeded teams in the draw in Nyon, having been narrowly knocked out of the Champions League last week.

The other Dutch side in the competition, AZ Alkmaar, must take on LASK Linz of Austria, who eliminated PSV Eindhoven in the group stages.

Ajax striker Klaas Jan Huntelaar said the team wanted to progress as far as possible in the Europa League following their disappointment in the senior competition.

‘Teams in Spain always want to play football,’ said Huntelaar, who turned out for Real Madrid in the 2008-09 season. ‘But I don’t know very much about Getafe. We’ll need to take a look at them in the coming weeks.’

Both teams have reached the final of the Europa League or its forerunner, the UEFA Cup. Ajax won the competition in 1992 and lost to José Mourinho’s Manchester United in 2017, while AZ’s best performance was in 1981 when they were beaten by Ipswich Town.