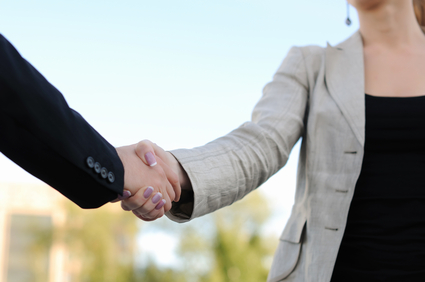 MPs on Tuesday voted to bring in a 30% quota for the number of women on listed companies’ supervisory boards. It’s a step which has been years in the making and one that is not supported by the biggest coalition party – the VVD.

In addition, the motion does not place any requirement on company management boards with regard to women, although the government has a 30% target. Here’s a round up of reactions.

The Parool spoke to a number of women who are already prominent in the Dutch corporate world.  Nyenrode university professor and former KLM and ABN Amro supervisory board member Annemieke Roobeek said she backed the introduction of a quota because there have been no real advances in the past 20 years.

‘People have the idea that if you have one woman on the board, then you have done your bit. We need more effort,’ she said.

Marry de Gaay Fortman, a lawyer and supervisory board member at the Dutch central bank and KLM says she too backs a quota.

‘Some 75% of listed companies do not meet the government target of 30%,’ she said. ‘I think a quota will help because the jobs which are open can no longer be filled by a man. And there are enough woman who want to do the job and are up to it. Corporate culture remains an obstacle.’

However, Rabobank Amsterdam chairwoman and university professor Barbara Baarsma says she opposes quotas because they are a last resort.

‘They don’t root out the real problem, of too much part-time work. Just 26% of women work full time, compared with 73% of men,’ she says.

Quotas can also have the opposite effect, she says. ‘Women end up being asked if they are in the top job because they are good or because they are a woman… I would rather we put more effort into the position of women at the bottom end of the labour market. They have far more problems.’

Economist Helen Mees says in the Volkskrant that the introduction of quotas benefits all women. She refered to the situation in Norway, where a 40% female quota was introduced in 2006.

‘If it works well, a new generation of girls will grow up who think it perfectly normal to reach the top as well as boys – if they have ambition,’ she says. ‘In addition, research shows that having more women in leadership roles helps prevent women lower down the company being hassled.’

The NRC points out in its analysis that the new quota is a compromise, despite being described by emancipation minister Ingrid van Engelshoven as a ‘historic step’. In addition, 30 of the 88 listed companies in the Netherlands already meet the target.

The motion now has to be put to the senate, once legislation has been finalised. If there is majority support in the upper house, the quota could be introduced in January 2021, the paper says.