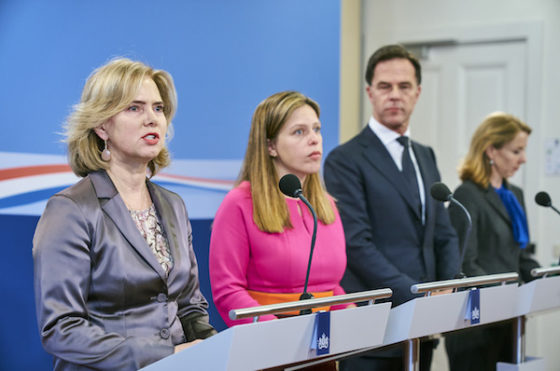 The reduction in the national speed limit to 100 kph is a ‘rotten rule’ but it will allow building to resume on almost every housing project which has currently been halted, prime minister Mark Rutte told reporters on Wednesday.

Rutte was outlining the plans the government has agreed to take to reduce nitrogen-based pollution and cope with the impact of PFAS contamination in soil and sludge.

‘Nobody likes it, but there are bigger interests at stake,’ Rutte said. ‘We need to stop the Netherlands grinding to a halt and losing jobs unnecessarily.’

The current pollution crisis is, he said, as complex as the refugee crisis of 2015 and 2016.

Rutte said he could not say if the decision to cut the speed limit between 7pm and 6am is temporary. Nor could he say when the new lower limit will come into effect or if it will be introduced in stages.

The composition of animal feed may also be altered to reduce the amount of ammonia in manure. The government earlier set aside €60m has been set aside to compensate pig farmers who shut down their businesses. The livestock industry is a major producer of nitrogen-based pollution.

Together, the package will allow 75,000 new homes to be built each year, as agreed earlier, Rutte said.