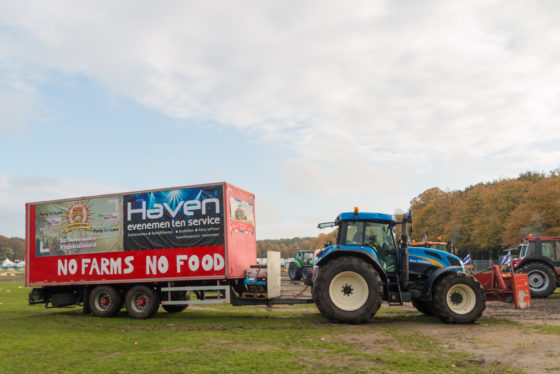 Farmers are concerned they will pay the price for the nitrogen crisis. Photo: Depositphotos.com

The cabinet’s plans to try to cut nitrogen-based pollution dominate the Dutch papers on Thursday, with many questioning whether the measures will have the desired effect.

The government has been forced into action by a Council of State ruling six months ago, which said that the way the release of nitrogen was being calculated when assessing construction project licences was questionable, and conflicted with EU laws.

As a result, thousands of building projects were put on hold, increasing the risk that the government will not ensure 75,000 new homes are built on an annual basis, and putting road developments on hold.

The Telegraaf argues that the decision to cut the maximum speed limit during the day from 130 kph to 100 kph means ‘more people are being held jointly responsible for a legal problem created when permits were being given’. The nitrogen problem, the paper says, is one created by the government which set its own targets and is failing to meet them.

‘Farmers have been protesting for weeks, construction workers have joined in and now nature lovers and motorists have been disappointed by the Mark Rutte-led government,’ the paper said.

The Volkskrant points out that lowering the speed limit is the quickest way which the government can take action against excess nitrogen, but that the impact will not be as great as reducing the amount of ammonia produced by livestock.

If dairy farmers cooperate and reduce the amount of protein in animal feed, the impact will be three times as great as the decision to cut the speed limit, the paper said.

However, farmers are keen to give their cattle plenty of protein to ensure milk production is maximized, and there is the additional problem of monitoring whether the protein content in feed is actually being reduced, the paper points out.

Ministers also want to win approval in Brussels for changing the protected status of some parts of the countryside, if the areas are considered to be ‘structurally weak’ due to their ‘size and location’.

But EU officials are unlikely to sanction this, legal experts have told the NRC, because the protected areas are part of the wider Natura 2000 European project.

The only reason to remove them from the Natura 2000 listings is if they were mistakenly identified as valuable nature or if climate change has made it impossible to manage them, lawyers say.

The Netherlands has 160 pieces of land which fall under EU protection and account for 13% of the country. But the European average is 18% and this makes it extra unlikely that the EU will agree, experts told the paper.

In October, more than 150 top international scientists wrote to the UN secretary general calling for urgent action on nitrogen pollution.

The scientists said ‘the present environmental crisis is much more than a carbon problem’ and called on all countries ‘to wake up to the challenge’ of halving nitrogen waste from all sources globally by 2030.

Excess nitrogen in the form of ammonia in manure, for example, leaches into rivers, killing fish and disturbing marine life, and causing algae to grow too quickly.

Nitrate from chemical fertilisers, manure and industry also pollutes rivers and seas, while nitrous oxide (N2O) is a greenhouse gas that depletes the ozone layer and is 300 times more powerful than carbon dioxide.