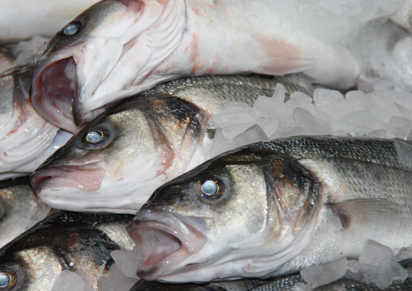 A new type of trawler fitted with equipment that stuns fish using electric currents when caught joins the Dutch fleet on Friday.

The UK 205 Spes Nova is the brainchild of the Ekofish Groep and will ‘contribute to efficient fishing with a low ecological footprint,’ company director Jacob Kramer says in the invitation to Friday’s launch ceremony.

The trawler is 32 metres long and costs €7.5m. Fish are cooled in a water tank, stunned with an electric shock and then stripped for processing automatically.

Femie Smit of animal rights group Dierenbescherming says she hopes more fishermen will switch to the new vessel on a voluntary basis.

Currently fish are left to suffer for minutes, even hours, before they die, but some are processed while still alive, she said. ‘We don’t cut open live chickens to take out the fillets, but we do it to fish,’ she said. ‘This apparatus stops that, so make use of it.’

The boat’s owner Louwe de Boer told local broadcaster Omroep Flevoland he believed that this sort of equipment ‘is the future’ and will become law within a few years.

The trawler was built by Damen Maaskant Shipyards.