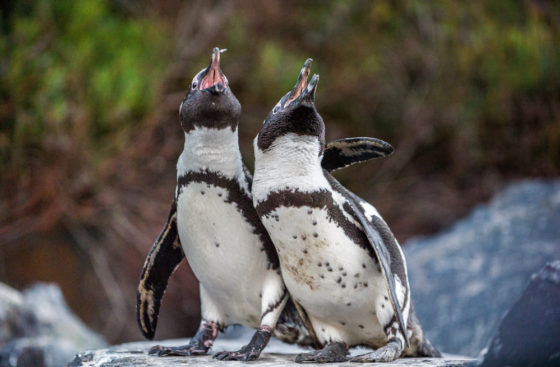 A gay penguin couple in Amersfoort’s DierenPark zoo have stolen an egg from another penguin family and are now trying to hatch it, the zoo said on Thursday.

The two African penguins ‘acquired’ the egg at a moment when no-one was looking, the zoo said.

No-one knows if the egg they stole has been fertilised, but the hatching season is now in full swing. ‘The gay couple are looking after the egg very well and take turns in keeping it warm,’ zoo keeper Marc Belt said.

‘Homosexuality is fairly common in penguins, but what makes this couple remarkable is that they have gotten hold of an egg.’

The couple whose egg was stolen have since produced a new one, Belt said.

This summer, officials at Berlin zoo gave a gay couple of King penguins an egg to hatch after they tried it earlier with a stone and a dead fish.