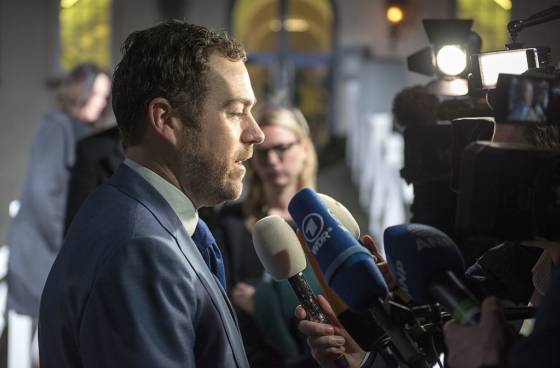 Several MPs are still claiming the special benefit for politicians who lose their job because they were earning more as aldermen or ministers before taking seats in parliament, the Volkskrant said on Tuesday.

MPs earn a basic €115,000 a year, plus allowances, but if they were previously a minister or alderman, they are entitled to benefits to bring their salary up to their old earnings for at least two years.

VVD parliamentary party leader Klaas Dijkhoff, for example, is claiming €37,000 a year in wachtgeld on top of his MP’s salary and party leader supplements, because he still earns less than he did as a minister, the paper said.

Dijkhoff told the paper that he had deliberately chosen to use the scheme. ‘There is no trade off when it comes to the working conditions attached to being a minister,’ he said. ‘I see the wachtgeld ruling as a part of this.’

Another VVD MP, Arne Weverling, claims an extra €10,000 a year because he earned more while an alderman in Westland, the paper said.

GroenLinks MP Isabelle Diks also claimed some €7,000 a year in benefits. ‘I was an alderman for 8.5 years and they you develop a particular spending pattern,’ she told the paper.

Diks has since been called to order by her party and told to stop claiming the money and pay back what she has had, the Volkskrant said.

MPs who had better paying jobs as aldermen or ministers and are not claiming the benefit include Mark Harbers (VVD), Lodewijk Asscher and Lilian Ploumen (both PvdA).