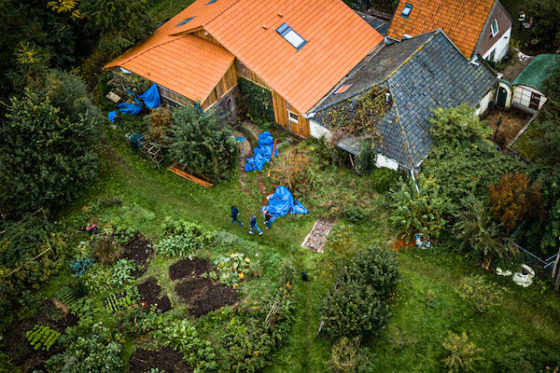 More details emerged on Thursday about the mysterious family found living in isolation in a Drenthe farmhouse last month, with statements from both the public prosecutor and the children themselves.

The public prosecution department issued a statement saying that the father of the  youngsters is suspected of sexually abusing two of his three older children, who left their parents home years ago and never lived on the Ruinerwold farmhouse.

DNA tests have also shown that all six youngsters at the farm are the children of the 67-year-old man who they claim to be their father, and a woman who died in Zwolle in 2004.

The family were discovered in early October when one youngster went to the local bar, appealing for help. They are thought to have lived on the farm for nine years.

At the time the family was portrayed as some sort of doomsday cult with no connection to the outside world, but it emerged later that both the father and the eldest son were active on social media. The father did, however, have past connections to the Moonie religious cult.

Meanwhile, the four oldest children have put out a joint statement via documentary film  maker Jessica Villerius, saying that they support the complaints made against their father, who also faces charges of kidnapping and money laundering.

But the five youngest children say they back their father and describe the division between them and their older siblings, in the statement, as ‘very painful’.

The statements have been distributed on their behalf by Villerius, who is working on a documentary about the case.

The aim, the oldest four say, is to ‘create clarity’ so that ‘we can restart our lives, at our own pace and at the moment we are ready to do this.’  The youngest children say they want to first discuss the documentary idea with their father before committing to it.

‘It is clear to me that nothing is what it seems and the situation is much more complex than everyone assumes,’ Villerius said. The children, she said, hope that their statements will answer some of the press and public questions.

Meanwhile, the first pro forma hearing in the legal case will take place on January 1.