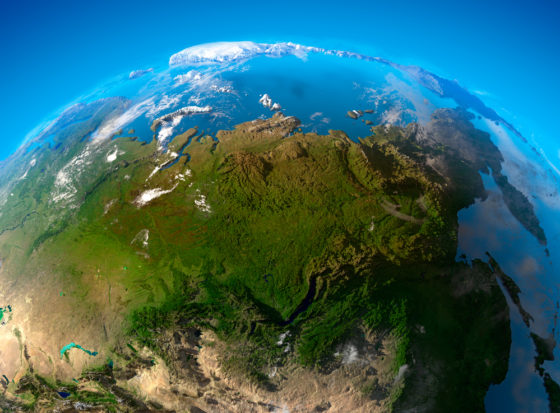 In a scientific first, Dutch and North-American scientists have detected a large source of methane pollution using space technology.

The satellite-borne TROPOspheric Monitoring Instrument (TROPOMI), which was developed in the Netherlands, was launched on 13 October 2017 and does world-wide sweeps of the planet in search of greenhouse emissions.

The source of the harmful greenhouse gas turned out to be an oil and gas installation in Turkmenistan in Central Asia. After the leak was reported to the company subsequent satellite images confirmed that the leak had been dealt with.

Physics professor Ilse Aben from the Dutch institute for space research SRON, which was involved in the research, told public broadcaster NOS the leak was discovered ‘more or less by accident’.  It was flagged up at the beginning of this year by Canadian and American colleagues and who were doing methane measurements related to volcanic activity.

‘Their measurements are limited to smaller areas while Tropomi covers the whole planet. However, they can zoom in more and on detecting a number of methane sources they contacted us to see if we could spot them too. And we could,’ Aben told the broadcaster.

Pieternel Levelt, head of satellite detection at project leader KNMI, called the event ‘a game changer’. ‘The fact that we can detect this sort of methane leaks all over the world is very important for the climate. The instrument is having a huge impact.’

Tropomi, and others like it, will in future be used not only for the detection of individual sources of methane but also to check whether countries and businesses are complying with international climate protection agreements.

‘The European Union is currently working with the European Space Agency (ESA) on new satellites which are going to measure CO2 levels from space in a few years’ time,’ Levelt said.

CO2 is largely responsible for the warming up of the planet but methane contributes about a third of harmful gases. The most common sources for methane are cattle breeding, the oil and gas industry and coal mines.