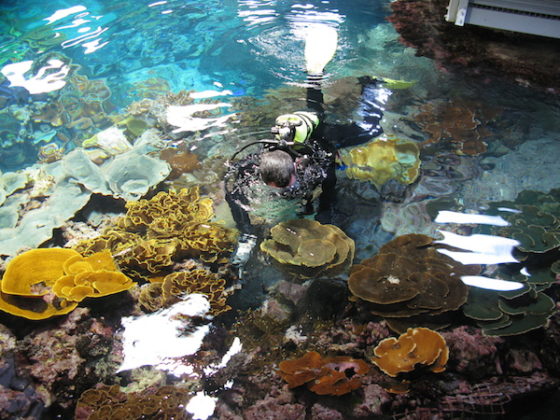 Over a hundred coral colonies spawned and raised at the Burgers’ Ocean aquarium at Burgers’ Zoo are starting out on a journey on Tuesday to aquariums in Düsseldorf in Germany and Pula in Croatia, the zoo said.

The Arnhem zoo, which has been exceptionally successful at growing coral in its tanks, has been supplying tropical coral to other European aquariums for a number of years. Burgers’ Ocean boosts the biggest living coral reef in an aquarium in Europe which lives in a tank filled with 750,000 litres of water.

In January this year it shipped over 300 corals, sea anemones and coral reef fish to zoos in England.

Corals can be divided into two main groups: soft corals without an exoskeleton sand stone corals which are capable of building a stone coral.

Burger’s Ocean has been so successful at raising both that the coral needs to be ‘pruned’ every once in a while. This makes sure the corals don’t poison their nearest neighbour or simply digest it by enveloping it with its intestine as a reaction to overcrowding.