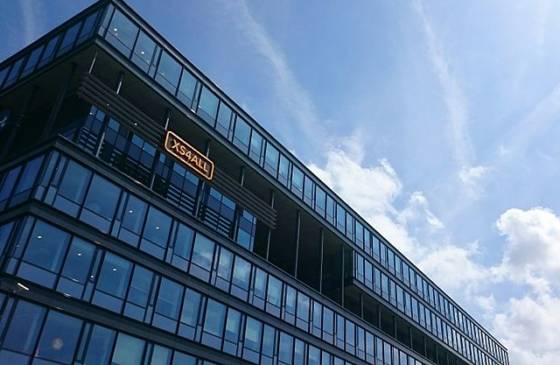 The XS4ALL office in Amsterdam. Photo: Panchego via Wikimedia Commons

Fans of the oldest Dutch internet provider XS4ALL have raised €2.5m through crowdfunding to launch a new service, now KPN is scrapping the brand.

KPN said in January it would drop its Telfort, Telfort Zakelijk, XS4All and Yes Telecom labels to focus on the KPN brand, creating a storm of protest among XS4ALL users.

Some 54,000 people signed a petition calling on KPN for a rethink.

Now over 3,000 people have put money into the initiative to start a new service incorporating XS4ALL’s primary focus on privacy, quality and innovation. The new company, which has not yet been named, hopes to start services within a few months and reach 60,000 customers within three years. It will be formally launched next Monday.

XS4ALL was started in 1993 by four students after they lost access to the university internet network. It grew rapidly and was bought by KPN in 1998 but remained an independent entity within the group. The brand is particularly praised for its customer service.