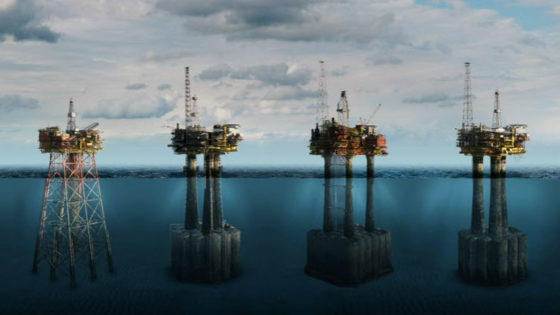 The Dutch government wants Shell to clean up the foundations of three oil and gas platforms in the British part of the North Sea, infrastructure minister Cora van Nieuwenhuizen has told MPs.

The minister’s comments follow the publication of a report on the decommissioning operation which recommends the clean up be carried out as agreed over 20 years ago in international treaties.

The licence request ‘does not sufficiently support’ the claim that leaving the foundations and storage units, which contain polluted material, is the best option from an environmental or safety point of view, the minister told MPs.

The Netherlands, she said, will join Germany in making a formal protest about the plan.

The clean-up was agreed in a special treaty known as Ospar which was adopted in 1992. The Ospar treaty states that rigs, including their contents and pipelines, must be removed from the sea after decommissioning.

Shell, however, wants to leave the foundations of three of the four Brent platforms – Brent Bravo, Brent Charlie and Brent Delta – in the North Sea. It argues that removing the three concrete constructions would be risky and expensive.

‘Constructed nearly half a century ago, they were not designed to be removed,’ Shell said when submitting the decommissioning plans in 2017.  ‘We have to consider the safety of those who will work offshore to deliver this project. The safety risks associated with trying to remove them outweigh minimal environmental benefit.’

The final decision is up to Britain and it is keen to make an exception for the three platforms. Germany and the Netherlands, which only have an advisory role, are opposed, fearing the impact of leaks of polluted oil in the concrete bases on marine life.

The topside of the Brent Bravo platform was taken to Britain for scrapping in June this year.

The Brent field was discovered in 1971 and started production five years later.