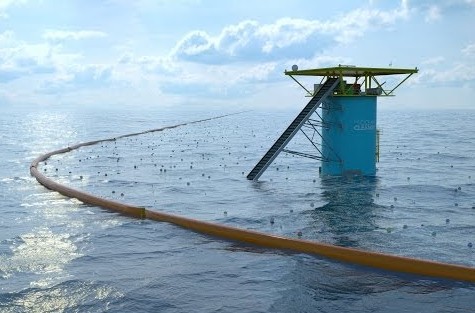 The latest prototype of a Dutch invention to catch plastic floating in the ocean is working, say researchers with The Ocean Cleanup, which has been testing the device some 2,000 kilometres off the Californian coast.

The new prototype is successfully catching and keeping plastic in all shapes and sizes, the organisation said on Tuesday.

The solution to the problem was to use a sea anchor in the shape of a parachute which made the plastic catcher move more slowly than the plastic. Smaller plastic pieces could then be caught in the device more easily, including micro plastics of a millimetre in size.

The Ocean Cleanup is planning a second version of the new plastic catcher next year which will be able to collect more plastic over a longer period of time. Inventor Boyan Slat and his team aim to eventually halve the Great Pacific Garbage Patch, some 1.6 million square kilometers in size, between California and Hawaii.

Slat came up with his Ocean Cleanup project in 2012 and spent the next five years developing it, for which he has collected over €30m in funding.