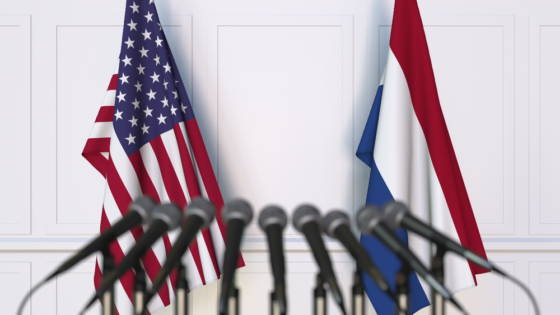 Some 1,700 ‘accidental’ Dutch Americans may have applied to give up their US nationality this year, a six-fold rise on three years ago, BNR radio reported on Tuesday.

But there are thousands of Dutch nationals in the Netherlands with American nationality who do not have a tax number because they have never lived in the country and may not even have realised they are also American.

BNR bases its claim on figures from tax consultancy Americans Overseas, which says the number of requests for help in ditching American nationality has gone up six fold in three years.

Americans who want to renounce their citizenship must appear in person in a consulate or embassy and pay a $2,350 fee. Then you must demonstrate to the IRS that you are in compliance with all of your tax filings dating back to the previous five years.

Further, if your net worth is more than $2m or your average income in the previous five years was more than $162,000, you have to pay an exit tax. For some, the process can take up to a year.

The waiting list at the American embassy for the procedure has also increased from two to three weeks to up to a year, BNR said.

It is unclear how accurate the BNR estimate is. According to the IRS in the United States, some 1,600 people from all over the world gave up their US citizenship in the first six months of this year, so the BNR figure is likely to be an over-estimation.

And the American embassy in The Hague told DutchNews.nl they do not have figures about how many people have renounced their US nationality.

The legislation, known as FATCA – Foreign Account Tax Compliance Act – requires all US citizens to supply the government with information about any assets they hold abroad, including bank accounts, houses and more.

It also requires non-US banks with American clients to furnish the IRS with information about those holdings.

Although the IRS in the US has made some changes, ‘no complete solution’ has been found for the problem, Dutch tax minister Menno Snel told MPs in a briefing in September.

An approximate 1,000 ‘accidental’ Americans in the Netherlands have been told by their banks that they will lose their accounts unless they comply.