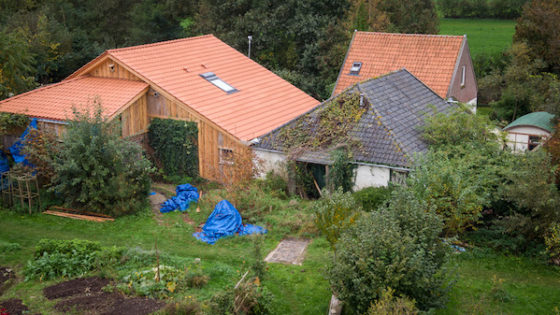 The family found living in isolation on a remote farmhouse in Drenthe may have been members or former members of the South Korean ‘Moonie’ cult, Dutch media said on Thursday afternoon.

Josef B, the man charged with keeping the family on the farm against their will, was also a member of the cult, and this is how they knew each other, sources told local broadcaster RTV Drenthe.

The family became involved in the Unification Church cult, led by the reverend Sun Myung Moon and famous for its mass weddings, when they lived in Hasselt, the sources said.

However, according to the AD, the father of the family was thrown out of the cult 30 years ago. A nephew of the father, who is still a member of the sect and runs one of their hotels in Bergen aan Zee, told the AD that he ‘started getting weird ideas’ and that ultimately the sect broke contact with him.

The nephew said the father, Gerrit Jan, and his own father had taken up with the Unification Church in the early days of its arrival in the Netherlands. The cult was first brought to the Netherlands in 1965.

Moon himself was banned from Germany and other European countries in 1995 because Berlin viewed his organisation as a dangerous sect. Moon, who proclaimed himself to be a messiah in the 1950s, died in 2012.

RTV Drenthe said the cult rituals include movement in a circle every 30 minutes and this is something the family continued to do at the holiday park where they were taken after their hideout was found.

Other guests at the park took pictures of the ritual, prompting the authorities to move the family to a new location.

The 25-year-old son who sounded the alarm is being looked after at a different location, RTL Drenthe said.

Meanwhile Josef B was remanded in custody by judges for a further two weeks while the investigation continues.

He has been charged with keeping the family against their will and possibly endangering their health. Police returned to the farmhouse in the Drenthe village of Ruinerwold on Thursday to carry out another detailed search of the property.