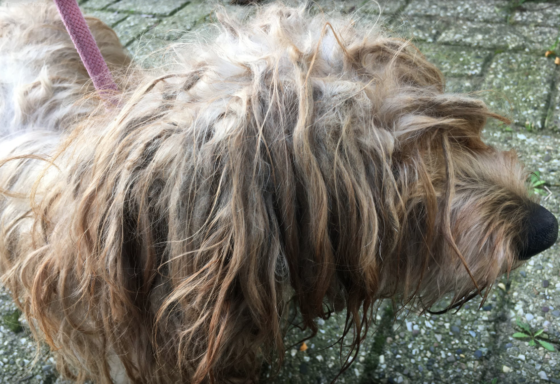 A dog which was found last weekend wandering around the village of Gaanderen in Gelderland province has been reunited with its owners – 11 years after she disappeared.

Limo, a dachshund, was three years old when she disappeared and police feared she may have been stolen by dog thieves or breeders operating in the illegal circuit.

Limo had been chipped and its owners could easily be traced, but where the dog has been in the intervening years remains a mystery. She was found some 30 kilometres from her original home in the village of Warnsveld.

The dog’s coat was heavily matted, she had infections, tumours in her milk glands, a bladder infection and badly neglected teeth.

‘But she is too well fed and socialised to have been in the wild all that time,’ Alex Ebbers of the Dierencentrum Achterhoek, where Limo had been taken after she was found told the AD.

The dog has now been given a hair cut and medical attention and reunited with her owners. ‘They could not believe she had turned up after all those years,’ Ebbers said.