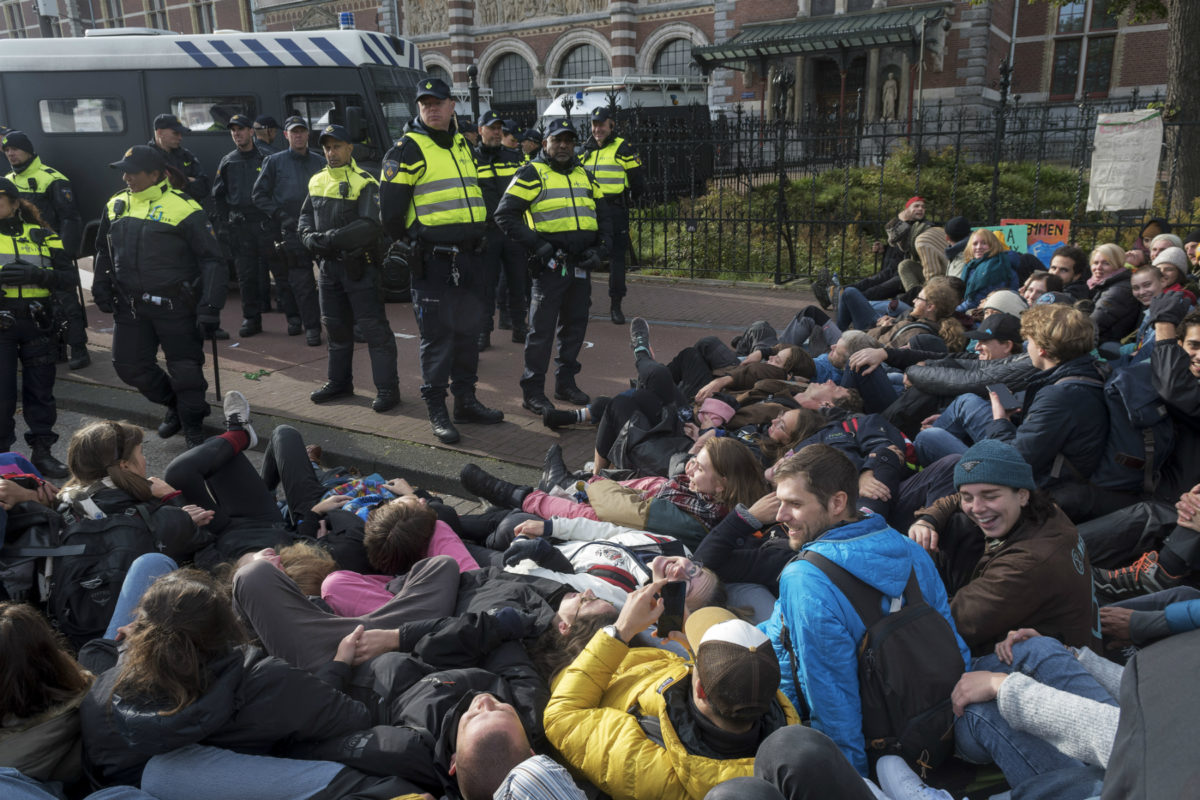 Up to 900 protesters blockaded the Stadhouderskade. Photo: Jan Everhard via HH

Police arrested environmental protesters outside the Rijksmuseum in Amsterdam on Monday mornings after they ignored warnings not to block the road.

Mayor Femke Halsema said the blockade by Extinction Rebellion limits other people’s right to move freely and is therefore not a legitimate form of protest. It may also clog up the emergency exits of the Rijkmuseum. Stadhouderskade is a so-called ’emergency route’ which has to be kept clear for ambulances and other response vehicles.

Activists ignored requests by the police to move the protest to the nearby Museumplein. They announced they will not budge for a week and have put up tents.

Shortly after 9am police began removing activists one by one from the scene. Broadcaster NOS reported that the arrests had so far been peaceful.

‘We are using civil disobedience to force the government to do something about the climate. The time for politeness and petitions is past,’ one of the demonstrators said NOS.

A spokesman said they were now trying to ‘diffuse the situation’ and have cordoned off the area so more demonstrators were kept from joining the group. He added that the arrests were intended to ensure ‘de-escalation, ending of the blockade and the safe flow of traffic.’

An estimated 900 people were involved in the demonstration at its height, Het Parool reported. By midday around 80 protesters had been led away while some 200 more remained in the roadway.

The protest is a part of a number of international demonstrations by Extinction Rebellion in Berlin, Paris, Sydney and London.    .