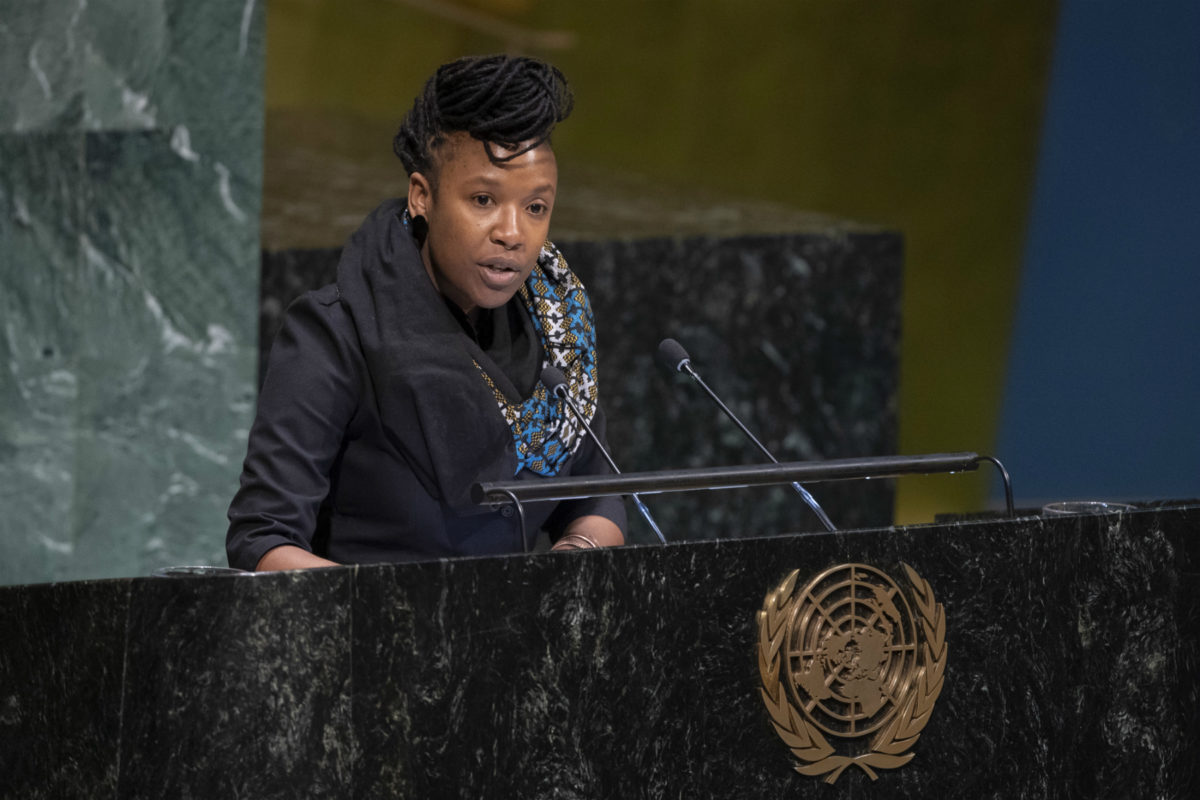 The Netherlands’ partial ban on face coverings – widely known as the burka ban – discriminates against Muslim women, the United Nations special rapporteur on racism has said in a damning report.

Tendayi Achiume said the measure, which came into force on August 1, had ‘no place in a country that promotes equality between men and women’.

While the legislation was carefully worded to include all face coverings so as to be ostensibly neutral, Achiume said it was shaped by a political climate of hostility to Islamic forms of dress such as the niqab.

‘The political debate surrounding the adoption of this law makes plain its intended targeting of Muslim women, and even if this targeting was not the intent, it has certainly been the effect,’ she said in a preliminary report presented in The Hague on Monday.

People who wear face-covering headgear in schools, hospitals and public buildings, or on public transport, are liable to receive a €150 fine if they refuse to remove it. Only around 150 women in the Netherlands are estimated to wear a niqab or burka.

Achiume said the law reflected a contradictory situation in which the Dutch tradition of hostility was being subverted to impose western cultural norms on migrant populations.

Achiume visited the Netherlands last week to observe its progress on tackling racism and discrimination. All nations that sign the UN’s International Convention on the Elimination of All Forms of Racial Discrimination undergo an inspection every four years. Her final report will be submitted to the UN Human Rights Council in July.

Five years ago the head of the UN’s human rights committee, Verene Shepherd, pitched in to the debate on the character of Zwarte Piet when she said the practice of wearing blackface for the Sinterklaas festivities ‘should stop’. Her remarks were interpreted in Dutch media as a demand to abolish the Sinterklaas tradition altogether and were angrily denounced by ‘pro-Piet’ campaigners.

Achiume praised the progress made since then to remove the ‘dehumanising and stereotype’ aspects of Zwarte Piet. Blackface Piets have been dropped from the children’s TV show Sinterklaasjournaal and St Nicholas’s ceremonial parade in November.

She also expressed concern about recent reports of racial and ethnic discrimination within The Hague’s police department and called for better protection for whistleblowers within the force.

‘The government must take urgent steps to deal decisively with structures and individuals that promote or even tolerate racism and discrimination within police forces, and the government must at the same time provide strong protections for whistleblowers brave enough to come forward with the truth,’ she said.