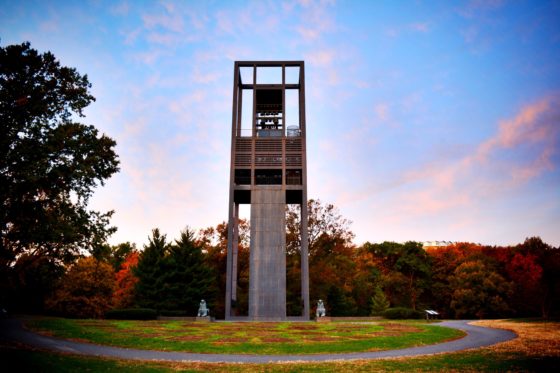 The Netherlands Carillon memorial at Arlington war cemetery in the US is to fall silent for a year while the bells are sent home to be restored.

The monument with its 50 bells was given to the United States by the Dutch government in 1954 in recognition of the Americans’ role in the Second World War. However, the steel tower has been closed to the public since 2016 because the structure is rusting.

The US National Park Service has made $4 million available to restore the observation deck and the bells, with the latter being shipped across the Atlantic to Brabant-based bellmaker Eijsbouts.

The bells will also be retuned to give them a more harmonious sound, having originally been made by three different manufacturers. ‘As a result they were never tuned together and the sounds do not match at all,’ said Eijsbouts’ assistant director Joep van Brussel.

The bells are expected to be return to the US in the autumn of 2020. ‘It’s unusual for us to see them again,’ said Van Brussel. ‘Usually we make the bells, deliver them and they’re fine for the next 400 years.’