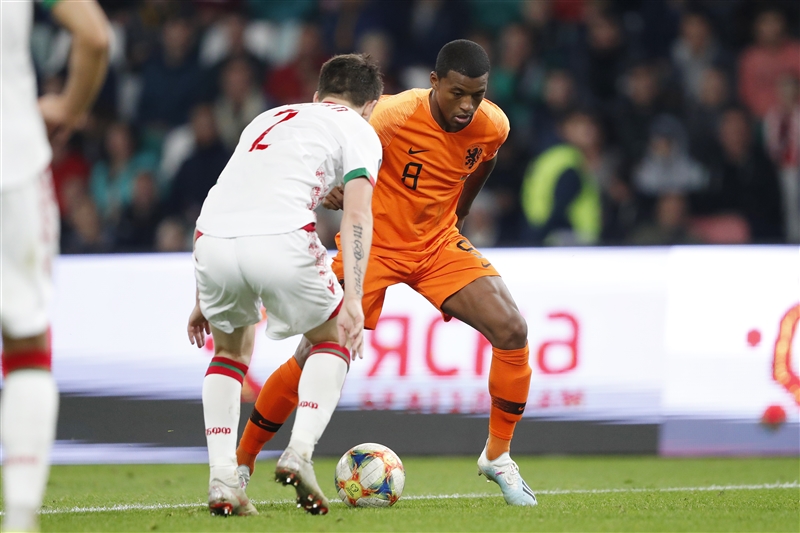 The Netherlands stayed on track to qualify for Euro 2020 with a hard-fought win over Belarus in Minsk on Sunday.

Georginio Wijnaldum’s two first-half goals looked to have put Oranje on course for a routine victory. The Liverpool midfielder headed in Quincy Promes’s cross from close range just after the half-hour mark and doubled the scoreline 10 minutes later with a shot into the top corner from 20 metres.

But the sporadically dangerous Belarusians hit back 10 minutes after half-time when Stanislav Dragun took advantage of some slack defending to head past Jasper Cillessen.

Donyell Malen could have wrapped up the game 12 minutes from time, but his close-range shot was superbly saved by Alyaksandr Hutar, while Wijnaldum missed a chance for his hat-trick in injury time.

Team captain Virgil van Dijk acknowledged that the performance in the second half was below par: ‘We lost a lot of balls in midfield which meant they were able to counter,’ he told NOS. ‘That needs to improve. But we needed three points and that’s what we got.

‘We need to look in the mirror and admit it wasn’t good enough, especially in the second half. The first half was good, we played good football at times with lots of movement and chances.

‘But we are close to qualifying for the European Championships and that’s by far the most important thing right now.’

Oranje’s last two qualifying matches are against Northern Ireland in Belfast on November 16 and home to Estonia three days later.