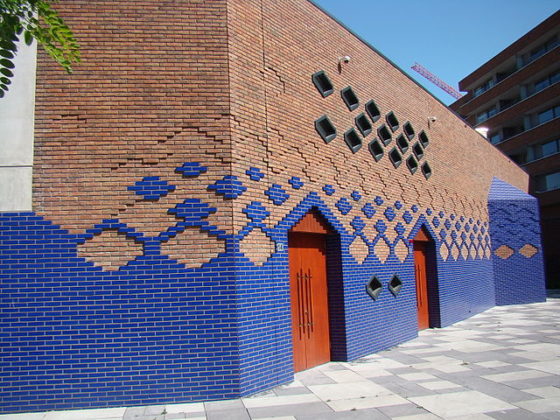 Amsterdam mayor Femke Halsema says she shares the ‘lack of enthusiasm’ with the city council for plans by a mosque in Nieuw West to become the first in the Dutch capital to call worshippers to Friday prayers using loudspeakers.

During a debate on Tuesday night, Halsema said that using amplifiers for the call to prayer is ‘not of this time’.

‘I very much identify with the comments by television presentor Arjen Lubach who pointed out that in 2019 this is no longer necessary because we have all sorts of technological aids to remind people when to pray,’ she said.

Mosque officials, local residents and the borough council are currently in talks on the plan, the mayor said. She said she would also talk to the imam.

The Blauwe mosque and cultural centre hope the call to prayer will help ‘normalise Islam in this beautiful world city of Amsterdam,’ the mosque’s leaders said on Facebook.

The Parool said that the Muslim call to prayer has the same status in law as church bells, and that city councils have the authority to determine limits.

In Leerdam, for example, the local mosque is allowed to make the call for prayer for four minutes on Friday afternoon. A daily call to prayer, such as by the Ulu mosque in Utrecht, is extremely rare in the Netherlands, the paper said.

The wish for a call to prayer in Amsterdam comes just weeks after derision greeted a call by a newcomer for the Westerkerk church bells to be quietened at night.