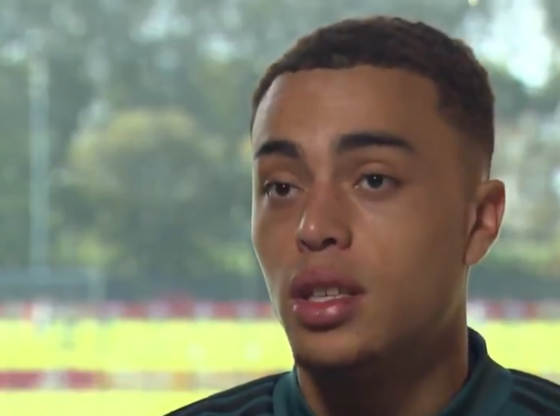 Ajax rising star Sergiño Dest has gone public with his decision to represent the US in international competition, rather than the Dutch national team.

The 18-year-old, born in Almere to a Dutch mother and American father, is a dual national and considered a cert to join the international squad at some point.

‘Sergiño phoned me this morning and explained why he has opted for the US,’ Oranje coach Ronald Koeman said. ‘It is a difficult choice that only he can make, and I accept his decision.’

Dest has already turned out for the US junior team and two internationals, both of which were friendlies. ‘I have played there all my youth and they have treated me well,’ Dest said. ‘Of course with the Netherlands we have the best players in the world… but in the end my own feelings played the bigger role.’

🇺🇸 Huge news for #USMNT. Sergino Dest chooses to represent the USA over the Netherlands on the international stage.

Massive moment for Gregg Berhalter, as the 18-year-old Ajax right back will be a future star for the USA. https://t.co/ItNGFGMRLd

A string of other upcoming Dutch talents will also soon have to decide whether to opt to play for Oranje.

Mohamed Ihattaren (PSV) Naoufal Bannis (Feyenoord) can also turn out for Morocco, Myron Boadu (AZ) can opt for Ghana, Naci Ünüvar (Ajax) has Turkish roots and Kik Pierie (Ajax) has US parentage. Xavi Simons (Paris Saint-Germain) can opt for the Netherlands or Spain.