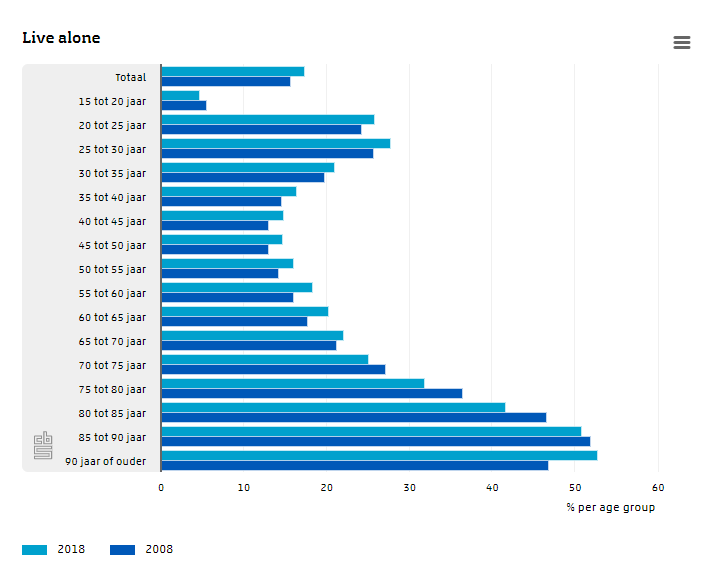 More people in the Netherlands are living alone and there are now almost three million single person households, according to new figures from Dutch statistics agency CBS

The elderly are the most likely to live by themselves, though that figure has decreased since 2008. A decade ago, 37% of people over 70 lived alone and that number fell to 34% in 2018.

Unsurprisingly, teenagers are the least likely to live alone. Only 5% of people under the age of 20 do not live with family or roommates.

Students, in particular students living in cities with large student populations, are also driving the growth. Nearly one-third of people in their 20s live by themselves, with Groningen leading the pack at 37%. Maastricht, Delft, and Wageningen are also nearly double the national average.