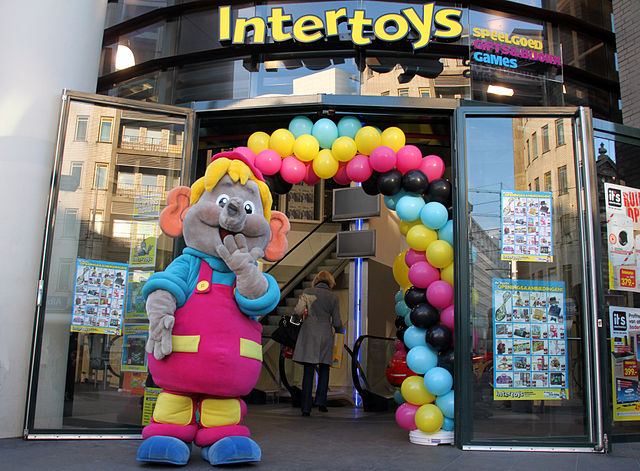 After two years and two foreign owners, high street staple Intertoys is back in Dutch hands, now that Portuguese investment house Green Swan, which bought the ailing company in March, has agreed to sell it to the Mirage Toys Group.

Mirage Toys Group is owned by Mirage Holding, the new name for Blokker Holding which owned the toy stores until 2017.

Intertoys now has 127 own stores and 80 franchises in the Netherlands, a sharp reduction on its size before it was sold to investment company Alteri by the Blokker family in December 2017. Intertoys went bust at the beginning of this year and the curators sold it to Green Swan.

The deal also includes Maxi Toys, which has 200 shops in France, Belgium, Luxembourg and Switzerland. Together, the two chains have annual turnover of some €400m.

Mirage Toys Group chief executive Michiel Witteveen told the Financieele Dagblad that Intertoys was not running at full steam. ‘Nothing has been brought in for the festive season,’ he said. ‘We are going to start work on that on Monday.’

Green Swan said at the time of the takeover six months ago that it had big plans for Intertoys and it is unclear why the company has now agreed to sell the chain back to its previous owner.

A Green Swan spokesman told DutchNews.nl that the deal is a ‘great opportunity’ for everyone.

‘Mirage’s proposal to maintain the strategy and synergies between companies and brands was seen very positive by Green Swan,’ he said. ‘We’ll remain collaborative, maintaining the cooperation between these brands and Toys R Us Spain and Portugal.’

This April, the Blokker family also agreed to sell the Blokker household goods retailer and discounter Big Bazar to Witteveen, who was formerly was chief executive of the Blokker Holding company.