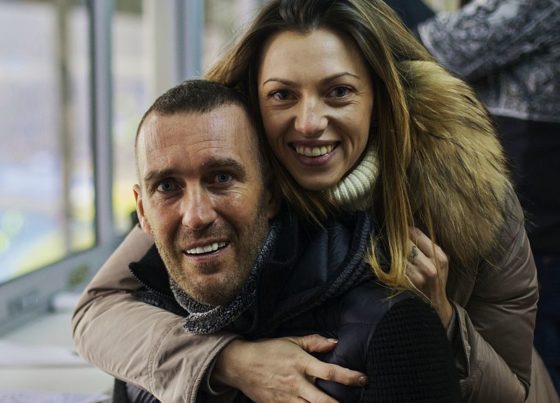 Fernando Ricksen with his wife in 2015. Photo: fc-zenit.ru via Wikimedia Commons

Former Dutch football international Fernando Ricksen has died at the age of 43 of motor neurone disease at a hospice in Glasgow.

Ricksen told television show De Wereld Draait Door in 2013 that he had been diagnosed with the disease just a few months after retiring from the professional game. Since then he made many public appearances to speak about its impact and to campaign for funding.

Ricksen, who played 12 times for Oranje, spent six years at Glasgow Rangers, and the club paid tribute to the player on its website.

‘Rangers is deeply saddened to announce that former player Fernando Ricksen passed away this morning following his battle with motor neurone disease,’ the club said.

‘Fernando spent six trophy-laden seasons at Ibrox having initially joined a number of other Dutch players under manager Dick Advocaat in the summer of 2000.’

In an emotional ceremony, 🇳🇱Fortuna Sittard unveiled a statue in honour of former player Fernando Ricksen, who is battling Motor Neurone Disease.