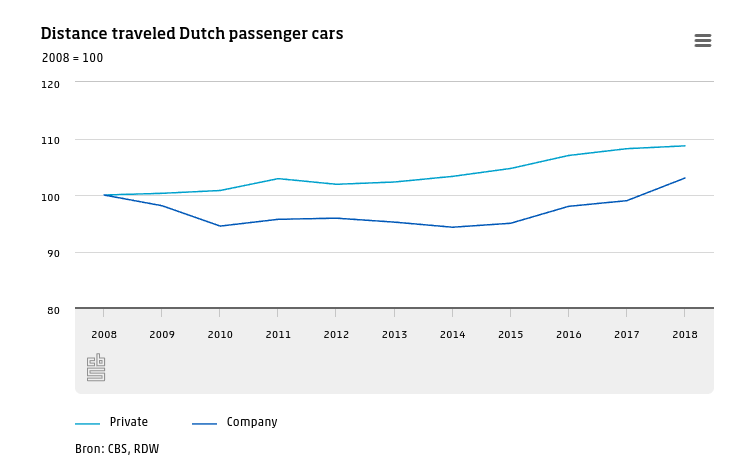 Dutch drivers took to the open road more in 2018 than in the previous year, according to new figures from CBS, the Dutch statistics agency.

In total, passenger cars in the Netherlands drove a record 121.4 billion kilometers in 2018 although individual cars actually drove less than in 2017. The rise in kilometres traveled is has been fueled by the 2.2% rise in vehicle numbers, mainly due to an increase in company cars.

Company cars now account for 22% of the total kilometers traveled on Dutch roads, the CBS said.

Electric cars booked the biggest increase in distance travelled – rising nearly 8%. But, despite major government efforts to boost their usage, electric vehicles still only account for 0.5% of the total distance covered.