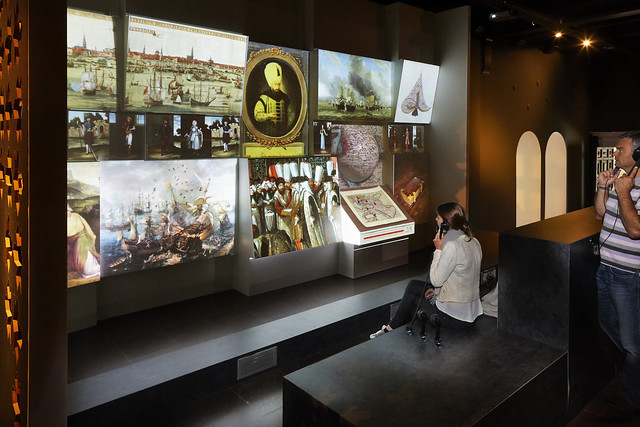 The Amsterdam Museum, which chronicles the history of the city in its exhibitions, has decided to ditch the term Gouden Eeuw (Golden Age) because the term is not representative enough of life the 17th century, the museum announced on its website.

The museum stated that the term Golden Age, denoting the rise of economic and military might in the Netherlands, has long been used as shorthand for national pride with such positive associations as peace, prosperity and innocence.

‘But the term denies the negative of the period, such as forced labour, poverty, war and the slave trade. It is history told from the perspective of the powerful,’ curator Tom van der Molen said.

Van der Molen said many stories have not been told and that each generation and each person has to be able to contribute their stories. ‘The dialogue about this needs space and the term Golden Age is restricting that space,’ he said.

From now on everything to do with the Golden Age will be labelled ‘17th century’, including the museum’s  permanent display of portraits which will now be called ‘group portraits from the 17th century’

Reactions to the museum’s decision have been largely negative so far, with VVD MP Zohair El Yassimi saying the musem ‘lost the plot completely’. ‘First we had to change the street signs, then the statues had to go and now the whole Golden Age is for the scrapheap? It’s a bit cowardly to want to rewrite history,’ he told the Telegraaf.

CDA MP Michel Rog said the name change is ‘a hyper-correct idea by the Amsterdam elite and too ridiculous for words’.

The Rijksmuseum in Amsterdam said it will keep using the term. ‘It refers to a period in history of great prosperity,’ director Taco Dibbets told broadcaster NOS. ‘But we do recognise there are dark sides. The Rijksmuseum approaches hstory from different perspectives. Next year we are mounting an exhibition on slavery.’

Today in “news which will send people crazy”:
Amsterdam Museum will stop using the phrase ‘Golden Age’ because it wasn’t actually that golden for all the slaves and colonized peoplehttps://t.co/HCGpGgplBQ

The Amsterdam Museum is organising a symposium on September 29 at which the issue will be discussed.