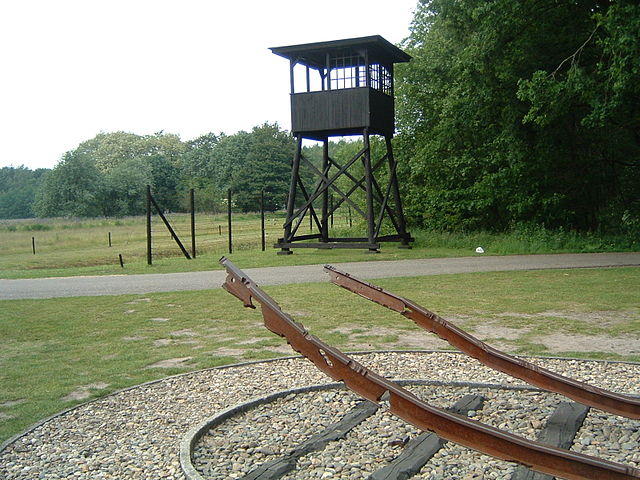 Part of the Westerbork monument. Photo: Blacknight via Wikimedia Commons

Victims and direct relatives of victims who were transported to concentration camps by Dutch railway group NS during World War II can now put in claims for compensation, the Parool reports.

The decision to compensate survivors and relatives follows the recommendations made by a committee headed by former Amsterdam mayor Job Cohen.

Some 100,000 Jews, Sinti and Roma were transported to holding camps in the Netherlands before being moved to concentration camps such as Auschwitz and Sobibor. The NS was paid €2.5m by the Germans for the transports, invoices show.

A campaign by 83-year-old holocaust survivor and former Ajax physio Salo Muller led the NS to launch the compensation scheme late last year. The total bill to the state-owned company is expected to run into tens of millions of euros, with amounts paid to relatives and survivors of between €5,000 and €15,000.

‘I am very emotional and happy the individual compensation has been agreed on. But I am not happy for the reason it is happening. Many thousands of people are still suffering. But I’m glad the NS listened to me,’ Muller told the paper earlier.

Claimants have a year to put in their claims . A few thousand people are expected to apply for compensation, among whom some 500 survivors.

Meanwhile, last week a lobby group representing members of the resistance and their families said they had been forgotten in the compensation scheme.

‘There are still a few loose ends in the NS scheme which no-one can understand,’ Henk Mreijen told the Telegraaf.