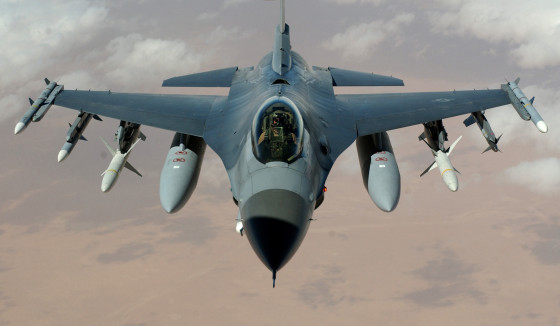 The wives and girlfriends of Dutch fighter pilots on a mission in the Baltic states were  getting nuisance calls from Russian trolls questioning their partners actions, the Telegraaf reports.

In 2017 the Dutch participated in the NATO Baltic Air Policing-mission aimed at keeping Russia from annexing foreign territory, as happened in 2014 when it annexed Crimea.

Citing ‘sources within the pilot community’ the paper said the calls started after the pilots had phoned home using their own phones.

The women then received a number of calls from men who spoke English with a Russian accent who would ask them questions such as ‘Do you know what your partner is doing there’ and ‘Wouldn’t it be better if he left?’. The calls were made using phones with pre-paid sim cards.

The Dutch military secret service MIVD told the paper it knows about the calls but did not want to comment any further. That is why it remains unclear whether the calls are ongoing, the Telegraaf said.

Dutch F16 fighter pilots are no longer active in Eastern Europe but the Netherlands do maintain a presence of 270 ground troops in Lithuania.

Because of extensive intelligence activities by the Russians, Dutch troops on a mission are not allowed to phone home using mobile networks. They can only use the military wifi network to avoid people listening in.

‘It’s a well-known phenomenon but it’s the first time it is reported,’ Clingendael defense specialist Dick Zandee told broadcaster NOS. Zandee said the calls were ‘very likely’ made by the Russians and show how vulnerable communication systems are. Zandee also said the troops in Lithuania are also frequently trolled by Russians.

The MIVD told the broadcaster that partners of military personnel are told about this type of risk. ‘It’s not as if a criminal is going to come an trash the house. It is very obvious. Often it’s people who speak bad English or Dutch. You know very quickly what’s going on,’ a spokesman said.