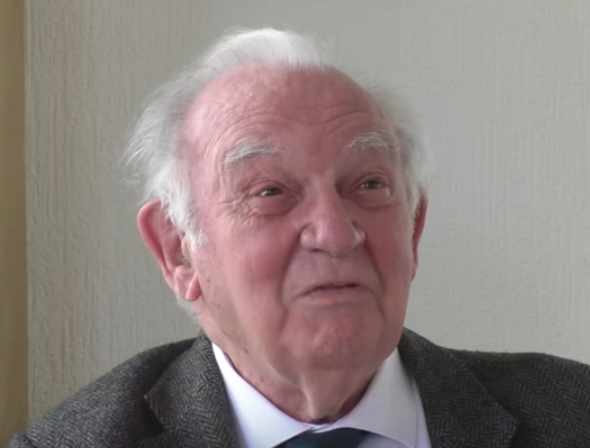 A 92-year-old Dutch peace campaigner has received a Russian foreign ministry award after writing to president Vladimir Putin saying he wanted to improve the relationship between Russia and the west.

Albert Gietelink from Almelo was given the award by Russia’s ambassador to the Netherlands Alexander Shulgin, who told news agency Tass this is the first time a Dutchman has been given the award for ‘interaction’.

Gietelink told local broadcaster RTV Oost he did not expect any reaction when he sent the letter to the Kremlin but that he had been contacted by the embassy several months later.

In the letter, Gietelink said he was concerned that the weapons treaty between the US and Russia had been suspended. ‘It is 73 years since the terrible war against Nazi Germany,  and now the winners are involved in a cold war’ he wrote.

Speaking about his World War II experiences, Gietelink said the detonation of two atom bombs over Japan had a major impact on him. ‘That formed the basis of my work for peace and, ultimately, my letter to Putin,’ he told RTV Oost.

‘We have an enormous arsenal of weapons, enough to blow up the world I don’t know how many times. And this is not a sensible position to be in, especially now the treaty has been suspended.’

Gietelink turned down an offer of embassy transport and travelled to The Hague by train with 15 supporters. ‘What impressed me most,’ he told RTV Oost, ‘is that we did not go through security checks. I guess they knew we would not do anything because we are for peace.’

Some 27 years ago Gietelink who worked for Almelo town council for his entire career as well as campaigning for peace, was given a Dutch honour by the then queen Beatrix. He wore this honour to the Russian meeting.