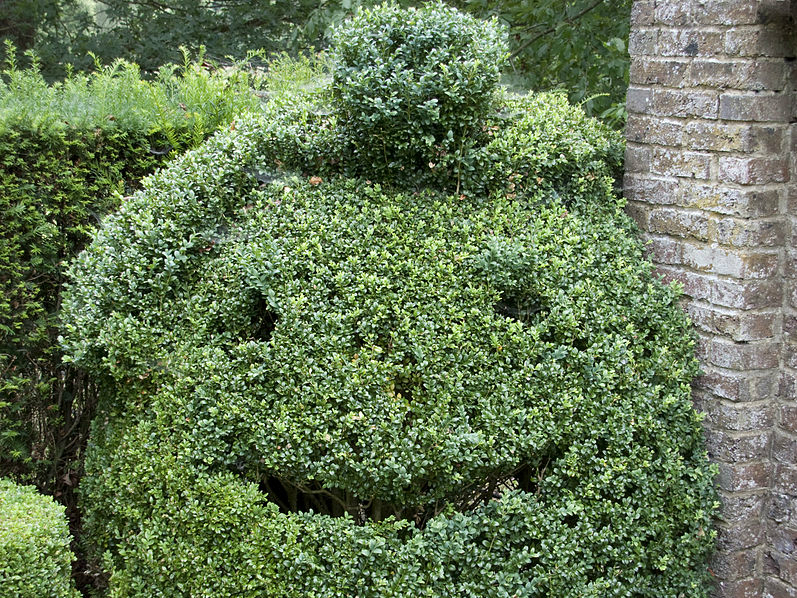 The box hedge, an archetypal feature of Dutch garden design, is on the brink of dying out following the arrival of a parasitic moth.

The number of box growers has fallen from 850 to 300 in the last decade as the plant fell out of favour with gardeners. Box hedges became popular in the Netherlands because of their compact, dense foliage, which made them ideal for trimming into precise geometric shapes in tight spaces.

But the proliferation of the box tree caterpillar, which arrived in Europe from Asia in 2007, has dealt a blow to the plant’s fortunes.

Adrie van Dun told NOS Radio 1 Journaal that his box shrub nursery, once the largest in the world, was now home to a pile of rotting vegetation. He has stopped cultivating plants and now sells box hedge maintenance products.

He said the plant’s popularity in the late 20th century had contributed to its downfall. ‘Originally the box was a relatively expensive plant, but it reached a point where every garden centre had an offer on box. Good for us, but very nice for the box caterpillar too. It meant they could spread rapidly.’

He accused gardeners of being too lazy to tackle box moth infestation. ‘There is no middle way. Either you do nothing and the plants disappear, or you can work at it and have a beautiful box in your garden.’

‘If you have a lot of box in your garden and you get an infestation, it takes a lot of work to combat the caterpillars or plant a new hedge,’ said Luuc van der Raaij of Stadstuintjes.nl. ‘Box honeysuckle (Lonicera nitida) or the Asian holly Ilex crenata make a good substitute.

‘You can buy natural products to combat the insects in garden centres. The worst thing you can do is spray pesticides, because that kills the birds that feed on the caterpillars as well as other insects.’