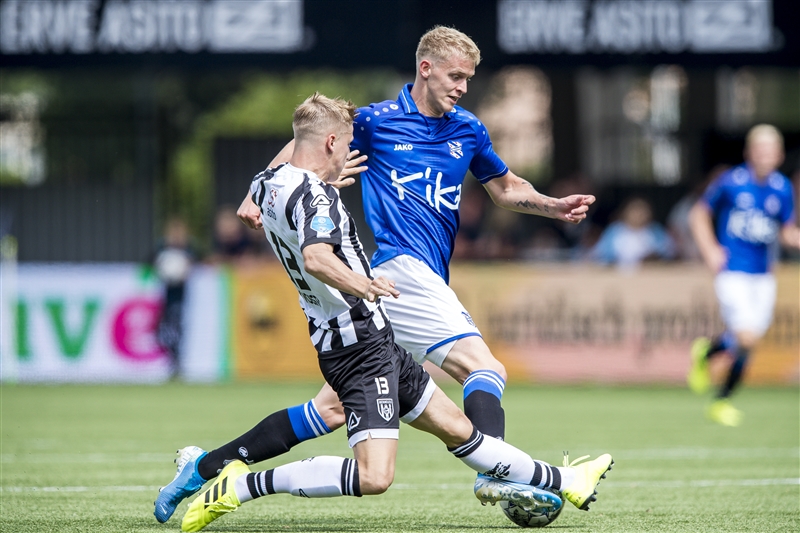 AZ and Heerenveen are the early pacesetters in the Eredivisie as none of the big three clubs could manage a win in the opening weekend of the season.

The Frisians won 4-0 at Heracles Almelo, who went behind after eight minutes when goalkeeper Janis Blaswich misjudged a free-kick by Ivan Dresevich.

AZ, who finished fourth last season, matched Heerenveen in the Sunday evening match against Fortuna Sittard. After a forgettable first half, the Alkmaar side stepped up a gear,our scoring four goals without reply, including one for Japanese debutant Yukinari Sugawara.

FC Utrecht eased the pain of being knocked out of Europe by Bosnian side Zrinjski Mostar in midweek by staging a comeback win against ADO Den Haag.

John van den Brom’s side were 2-0 behind after 25 minutes, but were level by half-time through the efforts of Gyrano Kerk. Shortly after the break Emil Bergström’s header was diverted into the net by defender Lex Immers before substitute Nick Venema secured the points.

Ajax, PSV and Feyenoord all had to come from behind to salvage draws in their season’s opening matches. Erik ten Hag’s title favourites went behind twice against Vitesse Arnhem before equalising through Donny van de Beek and Dusan Tadic respectively.

Ten Hag played down the significance of the dropped points: ‘We were playing together for the first time today. What do you expect? We created at least 15 chances and were excellent on the ball.’

PSV also suffered an early setback against last season’s Jupiler League champions FC Twente when new Japanese signing Keito Nakamura fired the hosts into an eighth-minute lead. Denzel Dumfries levelled the scores after a corner on 65 minutes but Mark van Bommel’s side were unable to find a winner.

Feyenoord left it even later to snatch a point in the Rotterdam derby against Sparta, with Sam Larsson’s equaliser coming five minutes into injury time in De Kuip.

After a goalless first half, Mohammed Rayhi’s long-range daisy-cutter gave Sparta a shock lead on 49 minutes before Steven Berghuis levelled the scores from close range. Lars Veldwijk restored the lead on 74 minutes but Larsson denied the visitors a first win on their neighbours’ home ground in 19 years.

The weekend’s other derby match, in Emmen, was decided four minutes from time when Ajdin Hrustic dinked the ball over the stranded Dennis Telgenkamp before tapping the ball into an empty net.

RKC Waalwijk made an energetic start to their first Eredivisie match for five years, going 1-0 up in Venlo after 11 minutes through Hannes Delcroix. They held the lead until half-time but were overpowered in the second half as Elia Soriano, Johnatan Opoku and Peter van Ooijen wrapped up a 3-1 win.