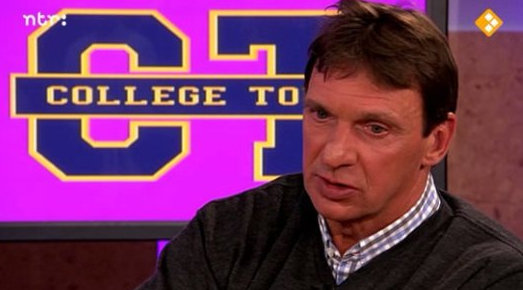 Gangster Willem Holleeder has been jailed for life after a court found him guilty of arranging the murders of five underworld associates.

The verdict ended a marathon 18-month trial conducted in the full glare of the media spotlight, after 30 years in which the 61-year-old has become a household name and gossip magazine favourite.

There were screams and a smattering of applause in the courtroom as the chairman of the judges, Frank Wieland, told Holleeder that only a life sentence was appropriate. ‘You were merciless and indifferent in your belief that you had the power of life and death,’ he said.

Holleeder’s lawyer Sander Janssen said he would appeal against the verdict.

The 61-year-old was charged with ordering the assassinations of five criminal associates between 2003 and 2006. The victims included Holleeder’s brother-in-law Cor van Hout, who collaborated with him the kidnapping of beer magnate Freddy Heineken in the 1980s.

Holleeder was also found guilty of arranging the murders of Kees Houtman, Thomas van der Bijl, Willem Endstra and John Mieremet. The prosecution said he headed a criminal enterprise together with Dino Soerel, who is serving a life sentence, and Stanley Hillis, who was shot dead in 2011.

Holleeder’s lawyers argued in court that he should be acquitted of all charges. The case against him relied heavily on secret recordings made by his sister, Astrid, which also formed the basis of her bestselling book, Judas.

However, Wieland said Astrid and her sister Sonja, who was married to Van Hout, had shown themselves to be credible witnesses. ‘We have found nothing to support the contention that they collaborated on their testimonies,’ he said. ‘In other areas beside the assassinations, their stories have been reliable. Their evidence was admissible without reservation.’

Feature: The hottest ticket in Amsterdam is a seat at the Holleeder trial

Holleeder was led out of the courtroom when the cheers began, but his lawyers read out a statement on his behalf, claiming his trial had been unfair.

‘I have frequently expressed my concerns in this court that the unprecedented media campaign that my sisters, with the help of journalists, have conducted against me, would have the intended effect.

‘I am not guilty of ordering assassinations and there is no evidence for it. And yet I have been convicted. I can draw no other conclusion than that I was right all along.’

The two sisters did not react publicly to the verdict, other than to issue a statement through their lawyer which said: ‘The sentence speaks for itself.’

In total 62 witnesses, including Astrid and Sonja, have given evidence at the heavily guarded courtroom known as De Bunker. Such has been the public interest that a second courtroom was equipped with a live video link to meet the demand for ringside seats.

The case has received blanket coverage in the Dutch media because of Holleeder’s celebrity status. At the height of his fame, after his release from prison in 2012, he had a magazine column, made a rap song with Lange Frans and was interviewed by Twan Huys for the TV show College Tour.