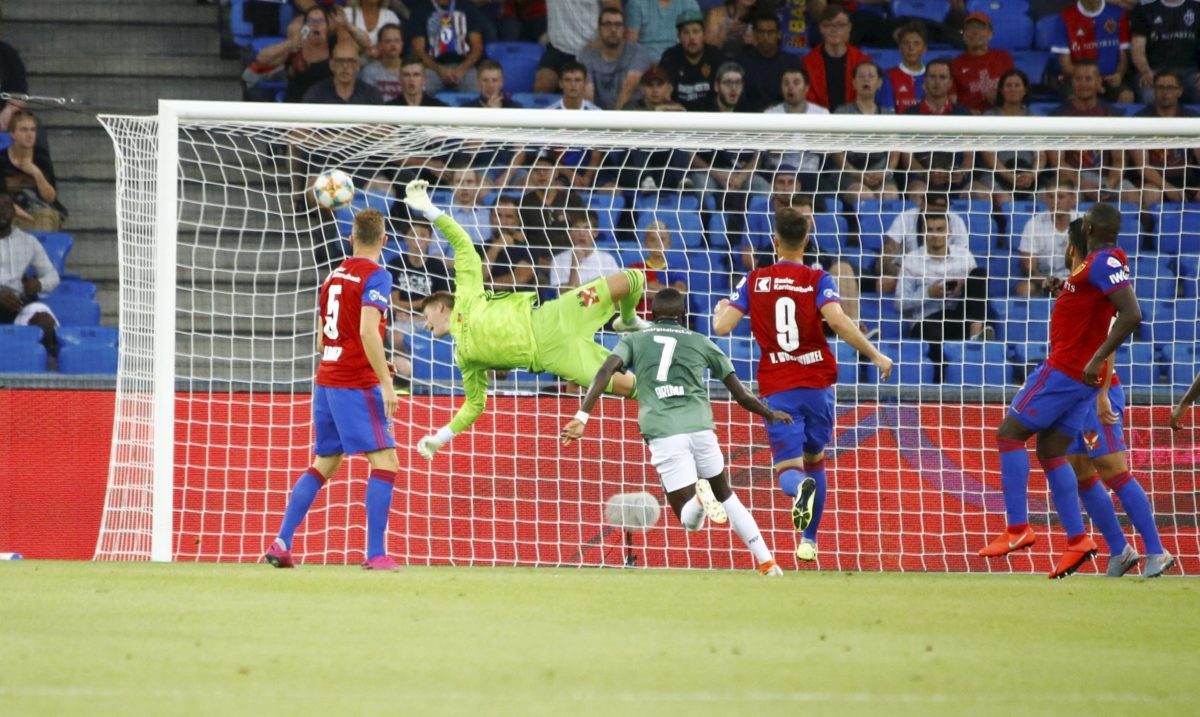 Bruma heads in the equaliser but it was not enough to save PSV. Photo: Imago/Manuel Geisser/HH

PSV Eindhoven’s Champions League campaign ended before the start of the league season as Mark van Bommel’s side lost 2-1 in Basel.

To rub salt into the wound it was a Dutchman, former Vitesse Arnhem hero and Norwich City flop Ricky van Wolfswinkel, who scored the decisive goal, prodding the ball in unmarked from seven yards midway through the second half.

PSV came into the match with a 3-2 win following a dramatic comeback in the first leg a week ago, when two late goals saved them from a home defeat.

In the eighth minute Eray Cömert’s thunderbolt shot from a free-kick put Basel ahead on away goals, but PSV restored their advantage 15 minutes later when new Portuguese signing Bruma headed in from 15 yards.

The visitors had good chances to take the lead either side of half-time, but Basel grew stronger and after Van Wolfswinkel had squinted a header wide on the hour mark, the Dutchman made no mistake with his next opportunity a few minutes later.

A disappointed Van Bommel said his players only had themselves to blame. ‘We didn’t take our chances when the game was in our hands,’ he said. ‘They had maybe three shots on goal and scored twice.’

Basel go through thanks to the two goals they scored in Eindhoven, while PSV now enter the draw for the preliminary rounds of the Champions League. Their Eredivisie campaign begins on Saturday with a visit to newly promoted FC Twente.