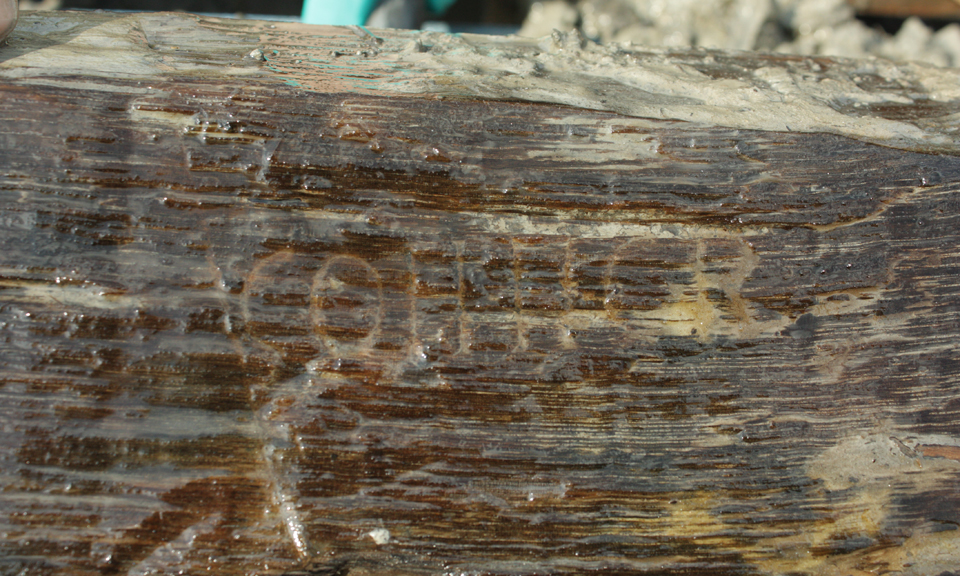 Excavations carried out in preparation for work on the Rijnland Route motorway have yielded more treasure in the shape of a wooden pole bearing the Roman inscription COH II CR, Zuid Holland provincial council said at the weekend.

In September last year a 125 metre stretch of Roman road was uncovered and since then archaeologists have extracted 470 wooden poles, none of which were similarly marked.

The excavation site is part of the Roman Limes which is the ancient northern border of the Roman Empire and which has been nominated to become a UNESCO world heritage site in 2021.

The inscription, which dates from around 125 AD, is short for Cohors II Civium Romanorum, and refers to a group of 500 soldiers recruited from Roman civilian ranks who were specialised in carrying out and overseeing building work.

Curator Jasper de Bruin of the RMO archaeological museum in Leiden called the find ‘unique for the Netherlands’. ‘We did not know whether the Roman road was built by soldiers, civilians or perhaps slaves. Now we can conclude that 2,000 years ago the second cohort of Roman civilians built the Roman road near Valkenburg, from which the present-day Rijnland Route takes its course.’

Inspection of the wooden poles show the systematic way the builders went about their work. Trees of the same width and length were used from purpose-grown woods and ordered and delivered to the building site as a kind of Roman DIY flat pack. They were then driven into the ground with a pile driver.

The construction of the Roman road was carried out with military precision and was without precedent in the Low Countries, De Bruin said.

Although the inscription sheds some light on the history of the construction some questions remain unanswered. Exactly what the second cohort did and if other cohorts were involved in the building work as well will be looked at as the research continues, the results of which are expected in 2020.