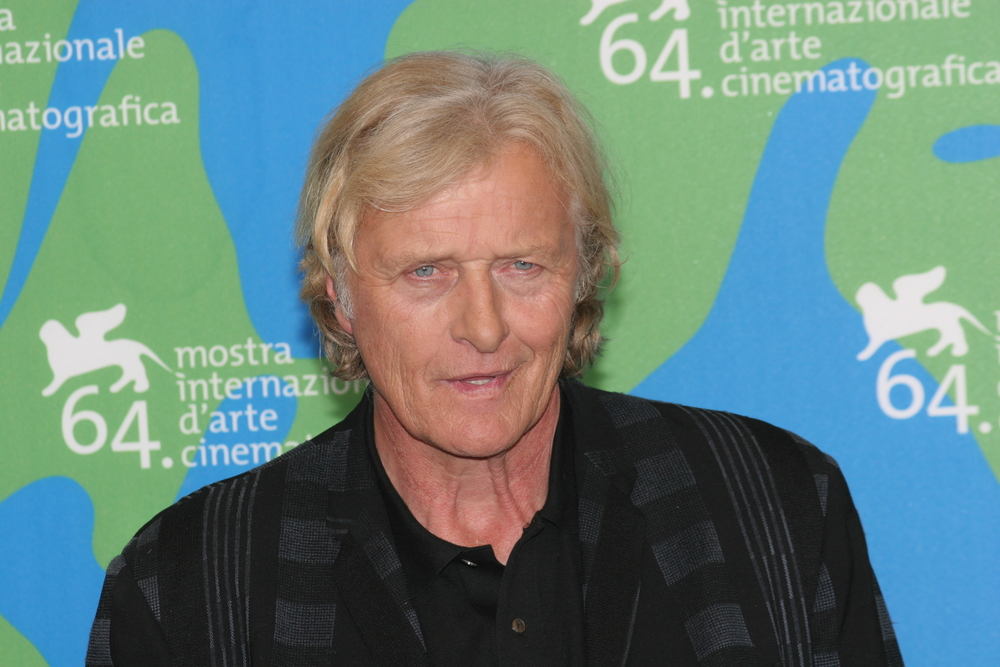 Tributes have been pouring in for Dutch actor Rutger Hauer who died after a short illness on Friday at his home in Beesterzwaag in Friesland. He was 75.

Hauer’s long international career – he acted in over 100 films, won the Dutch most coveted award the Golden Calf twice and was awarded a Golden Globe – began in the Netherlands when he appeared in the popular children’s series Floris at end of the 1960s.

The role marked the start of a long professional relationship and friendship between the actor and director Paul Verhoeven with whom he went on to make the hugely successful Turks Fruit (1973), based on Dutch author Jan Wolker’s novel of the same name.

Riding through Amsterdam Dutch style with his bride on the rear rack.#RutgerHauer died at the age of 75. His cycling in the 1973 blockbuster Turkish Delight* became an icon of the fight against the brutalist take-over of our cities by cars.

Four years later Verhoeven directed him in Soldaat van Oranje which earned him a Golden Globe nomination and brought him – and Verhoeven – to the attention of Hollywood. Hauer went on to play roles in Nighthawk (1981) and Blade Runner (1982).

His Golden Globe came in 1989 when he played the Russian-Jewish leader of the 1943 revolt in a Nazi death camp in Escape from Sobibor.

‘There are people whose presence in your life is so natural that you can’t imagine it will have be gone,’ Verhoeven (81) told the Parool in a reaction. ‘Rutger was to me what Marcello Mastroianni was to Fellini. (..) With every film I made I thought: now what part can Rutger play in this?’

Monique van de Ven (66) who starred with Hauer in Turks Fruit said the actor had been ‘a part of my life for 47 years. ‘We weren’t in love but our love burst from the screen, as he described it,’ said the actress.  She said she admired Hauer’s love for his wife Ineke with whom Hauer shared his life for over 50 years, his compassion and his zest for life. ‘That beautiful strong man is now gone and I will miss him terribly.’

Actor Jeroen Krabbé who played with Hauer in Soldaat van Oranje said Hauer was born to act in front of a camera. ‘He didn’t particularly stand out on the stage but the camera loved him. On a film set he had a presence that you seldom see,’ Krabbé said.

#BladeRunner star Rutger Hauer died at his home in the Netherlands after a short illness. He was 75 https://t.co/sGK4SLUswj pic.twitter.com/qVu5Dc9h8F

Director Paula van der Oest, who directed Hauer in Black Butterflies (2011) in which he played the father of South African poet Ingrid Jonker, described Hauer as ‘manly, powerful and mysterious, with beautiful eyes which would draw everyone’s attention the minute he appeared on screen.’ As a person he was curious and always looking for new adventures, such the film school he started out of the blue, and he went his own way, she said.

In Britain, Hauer, who starred as beer magnate Freddy Heineken in De Heineken ontvoering in 2011, has a special place in the hearts of Guiness lovers. The commercials he appeared in for the brand have taken on iconic status.

This article was edited on July 26 to remove reference to Robocop.