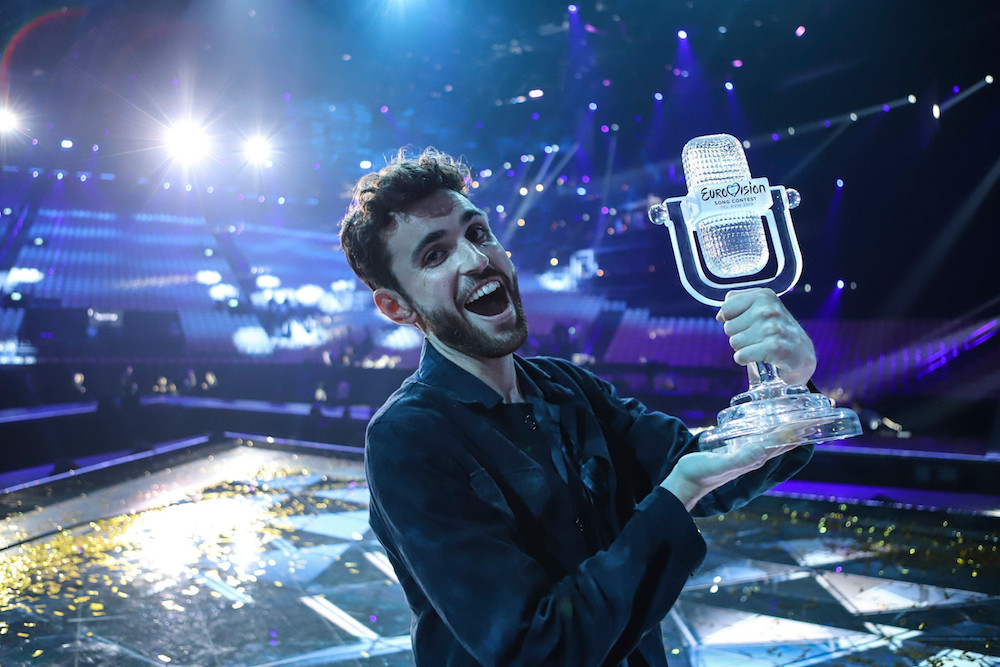 Five cities have put themselves forward to host next year’s Eurovision Song Contest following Duncan Laurence’s victory with Arcade in May.

Rotterdam, Utrecht, Maastricht, Arnhem and Den Bosch all submitted formal ‘bid books’ at the NPO headquarters in Hilversum. The national broadcaster will choose the venue for next year’s event.

Amsterdam pulled out of the running a week ago after mayor Femke Halsema said none of the venues that were capable of putting on the event were available for the required eight-week period.

The mayor said the Ziggo Dome, RAI Amsterdam and Johan Cruyff Arena all had bookings that could not be cancelled, while the AFAS Live Music Room was too small.

There was a marked contrast in styles as the cities handed over their bid books on Wednesday. Utrecht chose an understated theme, sending the book by cycle courier, while Maastricht’s delegation brought Champagne and petits fours.

The broadcaster will now review all five bids before deciding which of the candidate cities are realistic contenders, before visiting them.

Rotterdam is the front runner to stage Eurovision after the province of Zuid-Holland said it would provide €1 million if it won the bid. By contrast, Utrecht’s mayor Johan van Zanten has already said no extra money will be available. Prime minister Mark Rutte has already ruled out giving NPO any extra government cash.