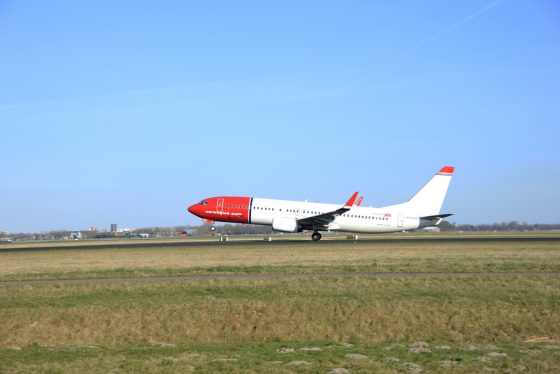 Government plans to allow up to 40,000 more flights a year to go through Schiphol airport from 2021 have inflamed angry reactions.

Six local D66 liberal democrat groups in nearby areas have sent a protest letter to the central government party calling it ‘incomprehensible’ to vote with the government proposal, according to the NOS broadcaster.

At the moment, the airport hosts a maximum of 500,000 flights a year, which D66 groups in Nieuwkoop, Aalsmeer, Alphen aan den Rijn, Bodegraven-Reeuwijk, Gouda and Rode Venen, think is more than enough.

‘Residential neighbourhoods cannot be built, the fine particles make children sick and people get ill due to noise pollution,’ the letter reportedly said.

‘A week after the climate accord, allowing growth at Schiphol won’t just confound every resident but every citizen who needs to get a heat pump, every farmer who has to get rid of cows and pigs and every forester in an area that is supposed to be silent, but where planes fly over,’ it reportedly added.

Yesterday, environmental organisations Greenpeace, Natuur & Milieu and the Natuur en Milieufederatie Noord-Holland told the NOS it was ‘nonsense’ to allow Schiphol to grow ‘in times of climate crisis.’ Suzanne Kröger, an MP for GroenLinks, called it ‘scandalous’.

Transport minister Cora van Nieuwenhuizen has said Schiphol must ‘earn’ the right to grow by showing it meets various conditions including reducing noise nuisance and night flights. The cabinet has suggested the growth can happen without affecting the environment.