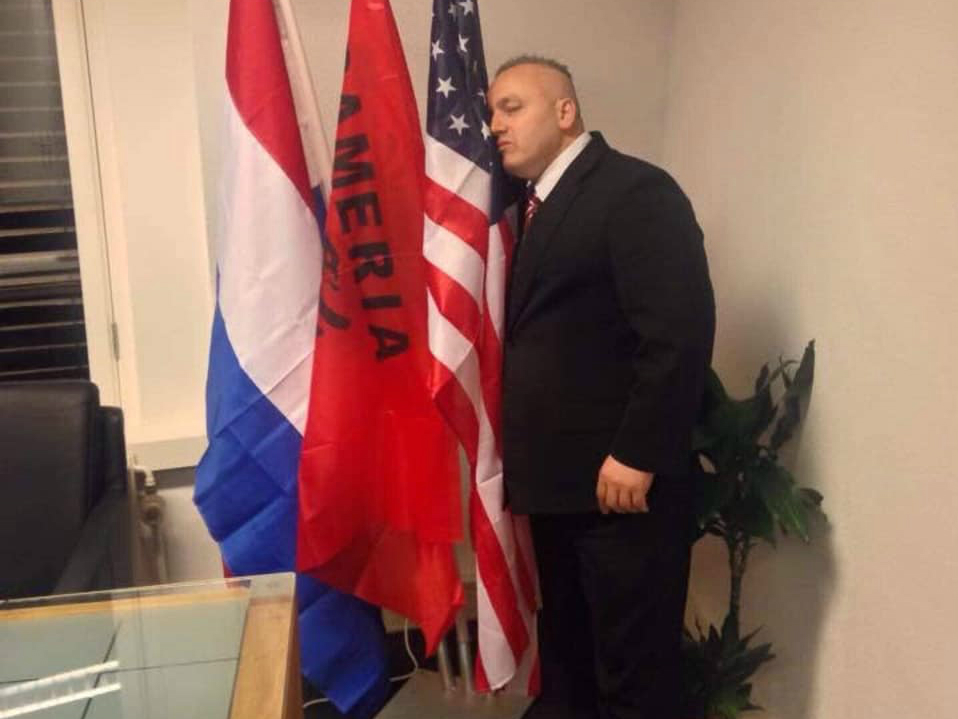 Police have launched a murder inquiry after the body of the Albanian politician and businessman, Festim Lato, was recovered from a canal in Nijmegen.

The 43-year-old Lato was the self-styled president of the unofficial republic of Chameria, which lies on the border with Greece and has a population of around 40,000. Since 2015 it has been a member of the Unrepresented Nations and Peoples Organisation.

Lato had lived in the Netherlands for 25 years, latterly in a remote house in Afferden, between Njmegen and Druten, De Gelderlander reported. He was said to have left behind a trail of business debts and had been declared bankrupt by the district court in Zutphen on April 24.

His death was confirmed by the prime minister of Chameria, Angelo Aliu. In a post on his Facebook page, Aliu, based in Dortmund, described Lato’s death as murder and said he was ‘shocked’ by the news.

The Cham region of Albania is largely populated by Greeks who arrived after the Second World War. Chamerian politicians claim the area was subjected to ethnic cleansing and the dispossession of Cham Albanians, who were interned when war broke out between Greece and Italy in 1940.

Jeroen Zandberg, a Dutch diplomat who worked for the UNPO until two years ago, said Lato was rumoured to have been involved in shady business dealings. ‘He was a charming man with a silver tongue. There were always people chasing him for debts. I had reports from people who said he was a conman.’

Police have said they believe Lato died as a result of a crime and enquiries into the circumstances of his death are ongoing.

This article has been corrected to reflect the fact that Jeroen Zandberg no longer works for UNPO.