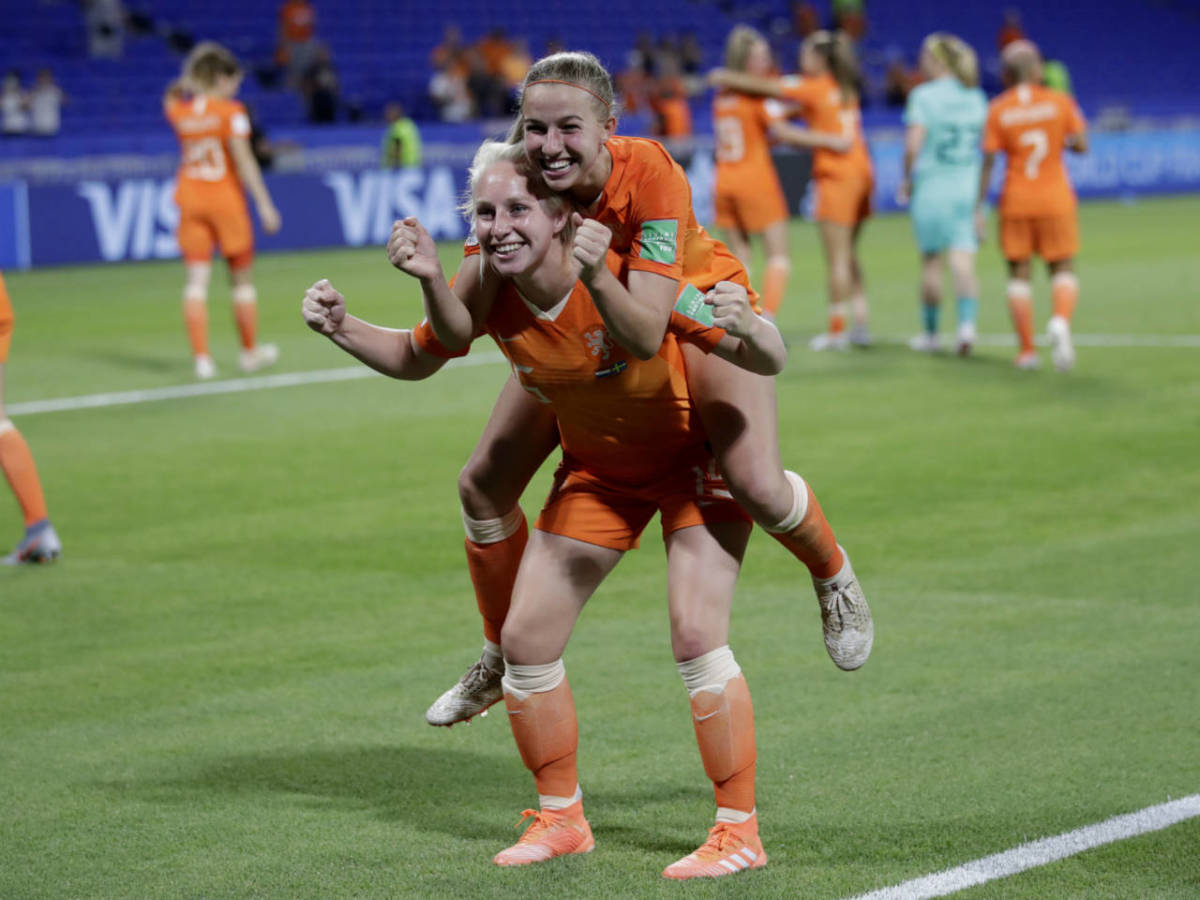 The Dutch women’s team are through to their first World Cup final after squeezing past Sweden in extra time.

Jackie Groenen’s low strike nine minutes into the extra half-hour proved the difference between the two teams in a nervy encounter in Lyon. They now face the favourites and defending champions, the USA, at the same venue on Sunday evening.

The Swedes had chances to win the game in normal time, with Sari van Veenendaal making several important saves in the Dutch goal, and had a strong claim for a penalty in the second half.

But the Leeuwinnen found their rhythm as the game wore on and came closest to breaking the deadlock when Vivianne Miedema’s header rebounded off the bar on 79 minutes.

‘It’s really special,’ said Van Veenendaal after the match. ‘It’s the World Cup and we, the Netherlands, are in the final.

‘Maybe the football hasn’t been that special, but we’re good at closing out games. I respect that.’

The European champions have won their last 12 matches in finals tournaments, but will start as underdogs against the USA on Sunday. The Americans beat England 2-1 in their semi-final on Tuesday and have also knocked out host nation France.

There are concerns about the fitness of one of the Netherlands’ star players, Barcelona forward Lieke Martens, who has been struggling with a toe injury and was substituted at half-time against Sweden.

‘This team has taken enormous strides forward,’ said coach Sarina Wiegman after the game. ‘Approaching the World Cup we said, everything is possible. Even if the chance is small, we’ll go for it. And in the final. We can do it for sure.’