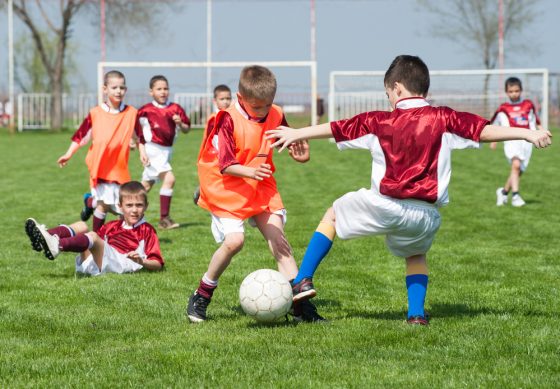 A primary school playground in Nijmegen has been threatened with closure because of complaints about noise from the neighbours, reports the Volkskrant.

The grassy pitch at De Buut school, used for football games and hockey, must be closed before the end of July if the school is to avoid ‘a penalty of ten thousand euros per infringement’.

A local petition from parents and carers of children at the school and other neighbours has had more than 4,300 signatures protesting that ‘noise nuisance complaints from a few neighbours’ will mean that ‘children from the school, the after school care and the neighbourhood will lose their only sport, play and educational field space.’

Janneke Colsen, head of the school told the Volkskrant that the situation was contradictory and unjust. ‘It is a bizarre situation, and absolutely unfair for the children especially because we are told so often now that children must go outside and move around more’ she said.

She added that a playground brings unavoidable noise nuisance but that the school had been in discussions with neighbours, made changes to the field and asked children to be aware of local residents.

The field was reduced in size during building works in 2016 and 2017 and new apartments built opposite, but the unfortunate effect was apparently to create an echo chamber. Official readings by an independent consultant measured the noise levels at 88 decibels, higher than the legal maximum of 70.

A local resident, who did not want to be named, told the Volkskrant that it was ‘more than just a few households but people are afraid,’ adding that they ‘just want to live in a place where the legal noise limits aren’t broken.’

A spokeswoman for Nijmegen municipality confirmed to DutchNews.nl that the subject is currently before the council. ‘This is a subject that is in play at the moment,’ she said.

Colsen confirmed to DutchNews.nl that the situation was correctly reported in the Volkskrant.