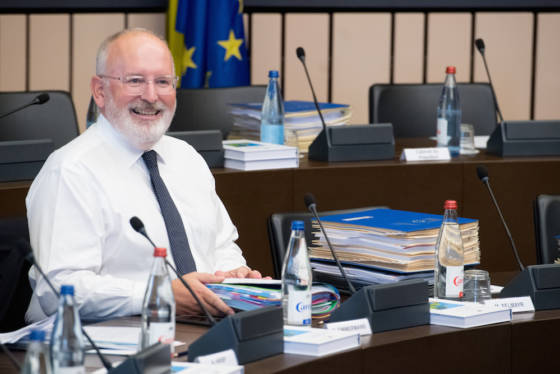 Dutch politician Frans Timmermans has failed to be nominated for president of the European Commission after being widely touted as the frontrunner.

She is proposed to replace Jean-Claude Juncker, and other nominations include IMF chief Christine Lagarde to head the European Central Bank. EU leaders will nominate their choice for president of the European Parliament on Wednesday.

Timmermans, a hugely popular politician who was credited with the labour PvdA resurgence in recent European elections, remains first vice-president of the EU commission.

Although the 58-year-old was the ‘Spitzenkandidat’, or leading nominee for the centre-left socialist group in the European Parliament, he was opposed by Polish and Hungarian leaders, after having criticised both countries for their record in protecting judiciary independence.