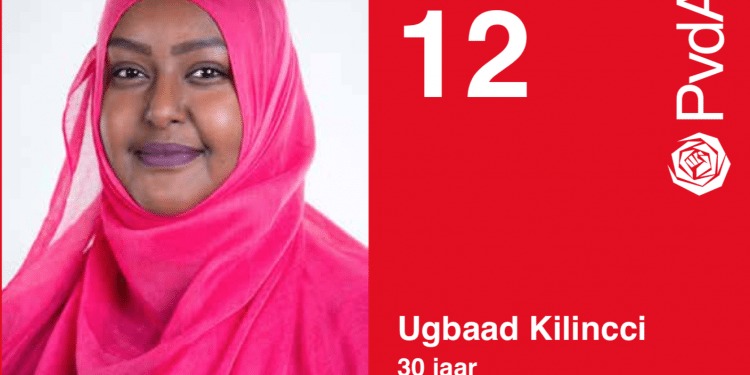 Kilincci was elected to Emmen town council in 2012.

The anti-immigrant PVV party is facing a police investigation after a post on its Facebook page targeting a Muslim councillor attracted a string of racist responses.

The PVV’s Utrecht branch posted a screenshot of Ugbaad Kilincci, a Labour party (PvdA) councillor in Emmen, after she appeared on TV show Nieuwsuur in December last year wearing a headscarf.

The photo, captioned ‘PvdA councillor in Emmen’, triggered replies containing racial slurs and rape threats which stayed on Facebook for 30 weeks until Kilincci complained to the social media site.

Kilincci said she only became aware of the post at the weekend. After asking Facebook to have the post taken down, she posted a reply on her own page with a screenshot of the replies. She told RTV Drenthe she would be reporting the incident to the police: ‘This has crossed the line, morally and legally.’ 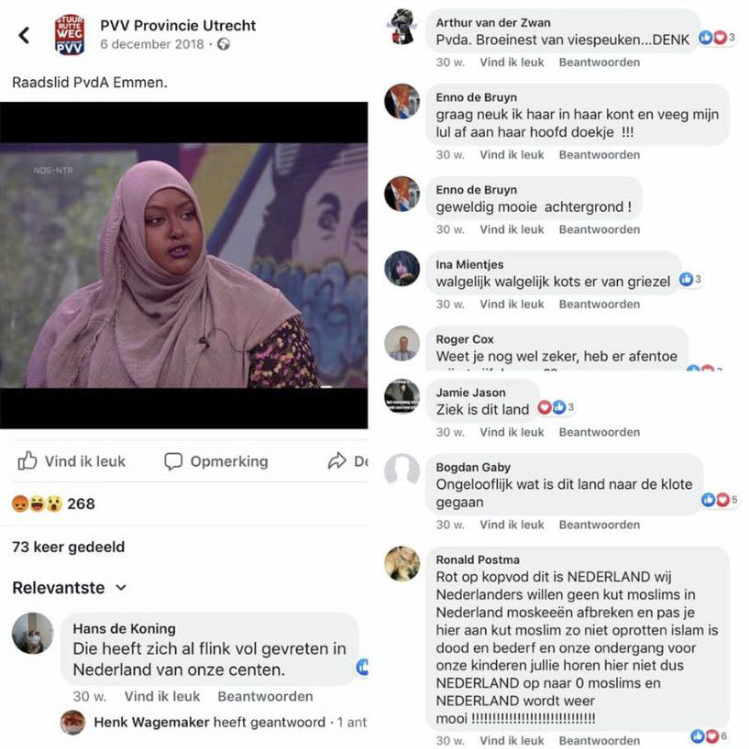 ‘I am angry that politicians are sharing a photograph of me with the expectation of sparking hateful responses,’ she added. ‘That’s why I view it as incitement to hatred. I think it’s sad that we behave like this towards each other.’

René Dercksen, chair of the PVV in Utrecht, said a number of comments had been removed from the post after Kilincci complained. Asked why the photo had been posted, he said: ‘There must have been a reason, but it was so long ago.’

Kilincci was elected to Emmen’s town council last year, having arrived in the Netherlands as a child and grown up in Drenthe. She was 12th on the PvdA’s list of candidates but took one of the party’s four council seats on the strength of preference votes. While out campaigning she was subjected to racial abuse in the streets.