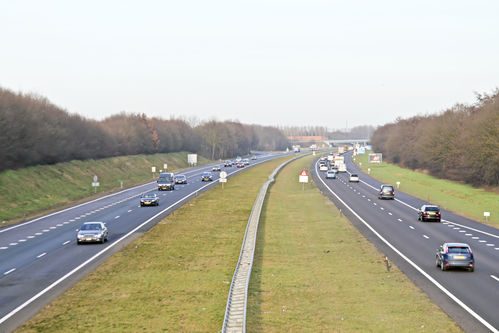 The highest Dutch administrative court has called a halt to three major infrastructure projects, because they may increase nitrogen levels in the countryside.

Plans to expand parts of the A27 and A12 motorways near Utrecht, the redevelopment of the former Twenthe airbase and an expansion of the Oosterhorn industrial area near Delfzijl have all been put on hold by the Council of State.

The infrastructure ministry described the decision to halt the motorway expansion as a serious disappointment.

‘The expansion of the Utrecht road network is very important to ensure free flow of traffic through the Netherlands and to improve road safety on the Utrecht ring road,’ a spokesman said.

Farm minister Carola Schouten warned last month that dozens of projects could be put on hold because the government does not have a proper plan to deal with excessive nitrogen levels.

The Council of State said in May that current ways of assessing the impact of excessive nitrogen were ineffective.